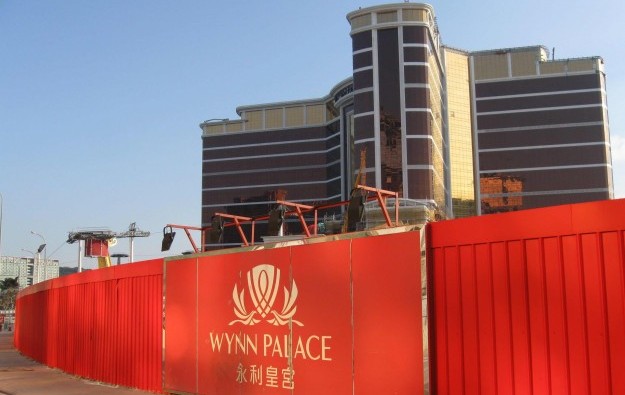 Casino operator Wynn Macau Ltd reported a 54.5 percent year-on-year decline in net profit in the fourth quarter of 2015. Such profit for the three months ended December 31, 2015 was US$63.5 million, the firm said in a Friday filing to the Hong Kong Stock Exchange.

The statement followed the announcement by parent company Wynn Resorts Ltd of its own fourth quarter results.

In an ensuing conference call with investment analysts, Steve Wynn – who chairs both Wynn Resorts and Wynn Macau – showed optimism regarding Wynn Macau’s performance in 2016. Mr Wynn said January had been the company’s “best month in a long time”.

“What we see in our building and visitation to Macau feels like [the market has] been stabilising since November,” Matt Maddox, president of Wynn Resorts, said in the conference call. “I think you would hear that from all the operators,” he added.

Mr Wynn also commented on the support provided by the Macau government to the company. Mr Wynn said he was “more comfortable” that the local authorities would do “everything in their power” for the firm to succeed.

In a conference call in October last year, Mr Wynn had criticised the Macau government’s table allocation policy, calling it “outrageous and ridiculous”. “None of [the casino operators] are really clear on what our environment is going to be like going forward and [that] makes planning … almost a mystical process,” he said at the time.

Mr Wynn’s tone in his Thursday comments was different. “The government of Macau is on the side of the development of Macau and the healthy continuation of the industry,” he said. “I’ve spent a lot of time there in the last few months and I’m feeling better about it.”

Wynn Macau is currently building its second project in Macau, located in the city’s Cotai district and called Wynn Palace (pictured). The firm said that during the fourth quarter of 2015, it invested around US$433.4 million in the project, taking the total investment to date to US$3.5 billion. The overall project budget – including construction costs, capitalised interest, pre-opening expenses, land costs and financing fees – is approximately US$4.1 billion.

Last month, Wynn Macau made public a letter it had sent to its Wynn Palace construction contractor spelling out financial penalties were the contractor to miss any more of the agreed construction milestones ahead of the planned June 25 opening. The opening has already been delayed three months from the original opening deadline of March 25.

In Thursday’s conference call, Mr Wynn said the casino operator was “working very closely” with the Wynn Palace contractor to meet the June 25 opening date, but he admitted a further delay was possible.

He said: “We are working with our contractor to get them to catch up so that we’ll have an opening in June. They believe they will make the June 25 date, which was the contract date of our relationship with our builder, and it’s possible they could be late, but hopefully they won’t be.”

Mr Wynn also gave some commentary on Macau’s high roller gambling market, admitting that the business environment in the city had become tougher for smaller junket operators, the people that arrange most of the VIP table play in that market.

Mr Wynn said: “We have less [junket room promoters] than we had [at the Wynn Macau casino hotel]: we were at 14 at one point. I think we are down to eight or nine now, and probably heading for four or five before we are done.”

He added: “The strong ones, with liquidity and balance sheets, are doing good business, but the ones that were newer or less firmly capitalised, they seem to be having a trouble staying in business. And that’s pretty much the story, I think, around town.”

The number of licensed junket operators in Macau shrank by 23 percent in the 12 months to January, according to official data.

The announcement of these new rules followed an alleged fraud case amounting to tens of millions of U.S. dollars that rocked the Macau VIP gambling segment in September last year. At the time, Macau junket operator Dore Entertainment Co Ltd, which operated VIP facilities at casino Wynn Macau, announced it had been a victim of internal fraud by a former employee.

Several analysts have said that the ongoing anti-corruption campaign in mainland China is also having a negative effect on the ability of junket operators to attract high rollers to Macau and to raise capital to finance their activities.

During Thursday’s conference call, Mr Wynn also explained why he recently had been investing large sums of money to buy more shares of Wynn Resorts. According to media reports, he has spent more than US$110 million in recent months, increasing his ownership stake in the casino operator.

“I bought it on what I thought was extreme weakness in price,” Mr Wynn said. “When it’s trading at low levels, I’m always prepared – depending on my financial capacity – to buy the stock on weakness,” Mr Wynn added.

Wynn Resorts said that table games turnover at Wynn Macau’s VIP segment was US$13.0 billion for the fourth quarter of 2015, a 36.9 percent decrease compared to a year earlier. It added that VIP table games win as a percentage of turnover (calculated before commissions) for the quarter was 2.60 percent, below the expected range of 2.7 percent to 3.0 percent and below the 2.80 percent experienced in the fourth quarter of 2014.

Table drop in the mass market segment for Wynn Macau was US$1.19 billion in the three months ending December 31, 2015, down 10.9 percent in year-on-year terms. Commencing in the second quarter of 2015, Wynn Macau began including the amount of cash that is deposited in a gaming table’s drop box plus cash chips purchased at the casino cage in the calculation of table drop, in accordance with what the company says is “standard Macau industry practice”.

Overall market wide casino revenue in Macau declined by 27.5 percent in year-on-year terms in the fourth quarter of 2015, show data disclosed by the city’s casino regulator last month. VIP baccarat gross gaming revenue was down by 35.8 percent during the same period, Mass-market gambling, including play from slot machines, declined by 14.5 percent year-on-year in the three months to December 31.

Wynn Resorts as a group reported net revenues for the fourth quarter of 2015 were US$946.9 million, compared to US$1.14 billion a year earlier. The figure includes both its operations in Macau and Las Vegas, in the United States. Group net income for the period was US$87.2 million, or US$0.86 per diluted share, compared to US$109.3 million, or US$1.07 per diluted share, in the fourth quarter of 2014.

Wynn Resorts also announced on Thursday that the company had approved a cash dividend for the quarter of US$0.50 per common share. This dividend will be payable on March 2 to stockholders of record on February 23.

International casino operator Las Vegas Sands Corp has been ranked as the most sustainable firm in the global casino sector, according to the 2023 edition of the S&P Global Sustainability... END_OF_DOCUMENT_TOKEN_TO_BE_REPLACED