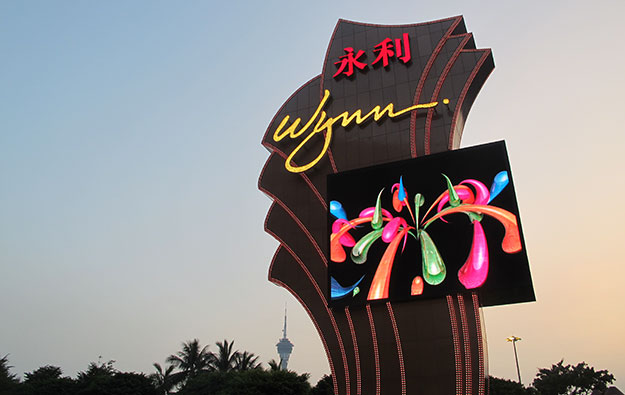 Management commentary about fourth-quarter contraction in VIP business in Macau took some of the shine off the third-quarter results of Wynn Resorts Ltd, said several brokerages in notes issued after an earnings conference call on Wednesday.

Wynn Resorts is the parent of Wynn Macau Ltd, which operates a resort of that name on the city’s peninsula, and Wynn Palace on Cotai.

During the earnings call, Matt Maddox, president and chief executive of Wynn Resorts, had said that the company was “seeing a little bit of a contraction” in terms of VIP gambling and so-called premium mass play.

“Since Golden Week we’ve noticed that during the midweek it’s been quite choppy and the weekends have been sporadic” in terms of business demand, he said, referring to a Chinese holiday period in early October.

Mr Maddox further stated: “We do think that the premium end of the market is feeling softer and that’s our expectation for the fourth quarter.”

He added: “What we’ve seen post-Golden Week has been a slowdown. And we’ve seen it in particular in the premium end of the business: premium mass, premium slots; and VIP and that is where the vast majority of our EBITDA [earnings before interest, taxation, depreciation and amortisation] comes from.”

Mr Maddox also provided a US$3.3 million to US$3.7 million per day EBITDA guidance for the fourth quarter in Macau.

“At the midpoint,” those figures implied fourth-quarter property EBITDA of around “US$322 million”, wrote Carlo Santarelli and Danny Valoy of Deutsche Bank Securities Inc.

“On a hold-adjusted basis, [the group's] Macau property EBITDA was US$4.2 million in third quarter 2018, thereby implying a 17 percent quarter-on-quarter decline in the fourth quarter, despite the benefit of Golden Week,” the analysts added.

Wynn Macau had delivered a “strong third quarter”, but “conservative guidance” about the fourth quarter had created “negative overhang in the near term,” said a Thursday note issued from Hong Kong by brokerage Sanford C. Bernstein Ltd.

For weeks now senior managers in the Macau casino market have been mentioning Chinese consumer confidence – amid a United States-China trade war – as a factor in possible softening or slowing of demand.

The day of the Wynn Resorts call it emerged that although U.S. President Donald Trump’s Republican Party had lost control of the lower house of the U.S. Congress in mid-term elections, it had strengthened its position in the upper house, the U.S. Senate, dampening the prospects of Mr Trump’s hand being significantly weakened in the trade battle with China.

In later comments on the Wynn Resorts quarterly call, Craig Billings, chief financial officer and treasurer, seemed to play down the Macau “contraction” idea, indicating it referred more to mood than necessarily dollars through the door.

Mr Billings said: “It’s really the premium segment where there’s been a slight contraction in confidence.”

He added: “As everyone has been following the space for more than 10 years now knows, it’s temporary but it takes a little time to get that confidence back.”

In response to an analyst’s question on the consumer confidence issue, Mr Maddox had said: “This does not feel like 2014. There’s not a large credit bubble looming.”

He added later during the call: “We are very big believers in the long term in Macau and if there’s a pullback for three months six months nine months – not sure what it is [might be] – we’ve been through those. What we know is that the underlying demand for this business is very strong.”

Macau might be “the first to retract” in tougher trading times, but was also “the first to expand as you come out of these slowdowns,” noted Mr Maddox.

Japanese brokerage Nomura said that “investors will be left wondering if all operators in Macau have an outlook post Golden Week as downbeat as Wynn’s”.

Analysts Harry Curtis, Daniel Adam and Brian Dobson however mentioned that the likely fourth quarter contraction was “cyclical and not structural as in 2014-2015 when Beijing was enforcing regulations to curb illicit and widespread local government corruption”.

They added: “2018 is different. Liquidity at the highest levels is not an issue and wealthy players are still wealthy. Consumer (and player) confidence will return, but it’s anybody’s guess as to when.”

Deutsche Bank’s analysts said that while the Wynn group’s guidance on the fourth quarter had been conservative, the bank believed the Wynn group to be “making less of a market gross gaming revenue call, and more a call on the makeup of its own business, in which VIP and premium mass are underperforming the broader market, and as such, Wynn is likely to lose share”.

Deutsche Bank also observed there had been “a lot of discussion” of Macau development plans on the earnings call. “We question how much of it comes to fruition,” said the institution’s analysts.

Union Gaming Securities Asia Ltd said in a Thursday note that fourth quarter 2018 and first quarter 2019 “will be the most challenging for Wynn”.

“We have adjusted our expectations for the next two quarters, which results in a US$3.8 million EBITDA/day run-rate next year, or 2019 down 8.5 percent year-on-year, and we have assumed a return to growth in 2020,” wrote analyst Grant Govertsen.