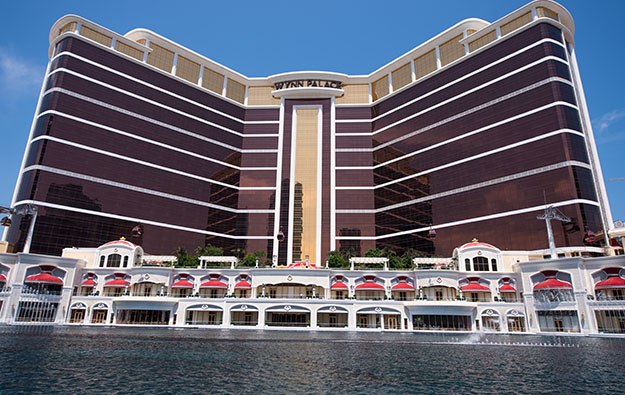 His comments were in an interview with business news outlet Bloomberg. Wynn Resorts is the parent of Macau casino concessionaire Wynn Macau Ltd, which runs two gaming resorts in the latter city: Wynn Macau on Macau peninsula, and Wynn Palace (pictured) in Cotai.

Wynn Resorts had considered “sports facilities”, and “art and cultural attractions” for the Macau market, as well as hotel rooms “designed to encourage medical tourism”, Mr Billings said in the interview.

Wynn Macau Ltd confirmed to GGRAsia last week it had already applied to extend its existing Macau gaming rights until December 31 this year, in line with the other five existing operators. The current six gaming licences in Macau were due to have expired on June 26.

The temporary extension was made feasible by the Macau government as it works to prepare a new public tender for Macau gaming permits.

The Macau government has not yet made public any information on the terms of such a temporary extension.

A local media report published earlier this month suggested each Macau gaming operator would each have to pay between MOP50 million (US$6.2 million) and MOP80 million to the government for the six-month extension.

Outside Macau, Wynn Resorts is pursuing a US$2-billion casino resort scheme on Al Marjan Island in Ras Al Khaimah the United Arab Emirates. The project – designed to have 1,200 hotel rooms – would feature gaming tables and slot machines intended specifically for tourists and the region’s “non-citizen residents”, said Mr Billings in the Bloomberg interview.

The Macau government hinted on Friday it might under the proposed update to the city’s gaming framework, permit some kind of performance-related system – linked to “turnover”... END_OF_DOCUMENT_TOKEN_TO_BE_REPLACED