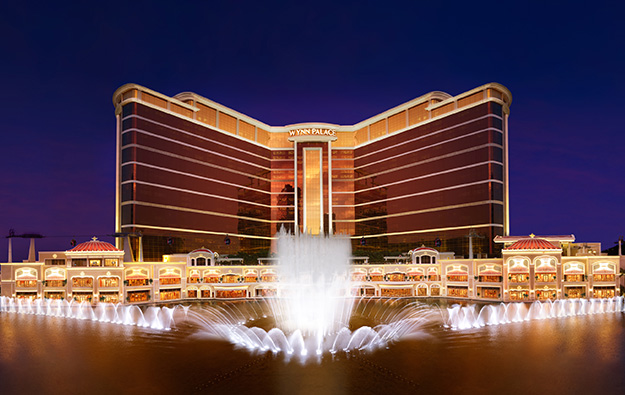 A Morningstar analyst, Chelsey Tam, from Morningstar Investment Management Asia Ltd, last week contributed to one of the discussion panels at the Macao Gaming Show, a trade exhibition and conference for the regional casino industry.

“We now believe that the [Wynn] Palace’s slow ramp-up is also due to the design of its large and open casino space, which is leading to the perception of thin crowds and thereby reducing the feel of compressed energy that many gamers seek,” said a report from Dan Wasiolek, a senior equity analyst, which was posted on Monday on Morningstar’s corporate website.

Several investment analysts covering the Macau gaming sector had previously mentioned that Wynn Palace – which opened on August 22 – had experienced a slow ramp-up, particularly for its mass-market business. They said this had been influenced by factors including accessibility to the site, which is off the Cotai Strip and is currently affected at the front of the property by ongoing work for Macau’s light rail system.

Morningstar stated in its Monday report, referring to efforts by the local operator Wynn Macau Ltd to improve the appeal of the mass floor to customers: “Wynn plans to adjust wall configuration to reduce its gaming area while increasing casual dining options to meet demand.”

Mr Wasiolek added: “We think this will increase reinvestment needed to obtain traffic, and we’re reducing our 2017 Palace EBITDA [earnings before interest, taxation, depreciation and amortisation] margin to the mid-20s [of percent] from the high 20s while maintaining all other forecasts.”

Morningstar said it believed as much as 20 percent to 30 percent of a Cotai casino resort’s revenue currently came from customers visiting from rival properties. The research house added that while this posed a short-term challenge for Wynn Palace; the opening of MGM Cotai – currently scheduled for the second quarter 2017 – would help create more of a cluster effect.

“While the near term presents challenges for the Palace, our constructive long-term view of the property is unchanged, as is our forecast for low 30s EBITDA margins in 2025 and mid-single-digit annual revenue growth in 2018-25. We believe the facility’s stunning decor will prove enticing to many high-income travellers,” said Mr Wasiolek.

He added that 2019 could be a significant year for Macau, with the possible completion of the Taipa section of the light rail, serving the Cotai resorts; and of the Hong Kong-Zhuhai-Macau Bridge, which will span the Pearl River Delta and will dramatically reduce the road travel times between Hong Kong and its large airport, and Macau.

The light rail system could “expand Macau’s [annual inbound tourist] capacity by around 3.5 million in 2025,” suggested the Morningstar analyst.

In other developments, several brokerages have this week forecast – based on unofficial industry data – that Macau’s November casino gross gaming revenue (GGR) will expand by between 9 percent and 17 percent year-on-year.

Credit Suisse AG said in a Monday note that it thought the improvement was mainly coming from the VIP gambling segment, which had until recently suffered more than two years of retreats in casino GGR.

Credit Suisse said its view had been reinforced by a recent meeting it had with a senior executive of major Macau junket investor Suncity Group.

The Macau government has recently made a number of policy announcements in relation to the VIP gambling sector, including plans for an audit in 2017 of the credit issuance records of the city’s VIP gaming promoters, also known as junkets.

Such moves have lead some commentators to suggest Macau could emerge with a more sustainable VIP and high-stakes gambling market, possibly with more predictability for investors regarding consumer demand.

Japanese brokerage Nomura said in a Tuesday note that – based on its unofficial Macau industry returns – the 2016 Macau Grand Prix meeting, which ended on Sunday, “had little impact on the gaming market this year, with average daily gaming revenue (GGR), excluding slots, still growing 9 percent week-on-week to HKD629 million [US$81.1 million] over November 14 to 20.”

Investment analysts have noted that in previous years, the extra crowds, noise and high hotel occupancy rates generated by the four-day motor racing meeting had tended to depress demand for gambling in the city’s casinos.

Nomura added: “The sector has been staging a solid recovery with gaming revenue growth accelerating from 1 percent [year-on-year] in August to 7 percent in September, 9 percent in October, and now November is on track to see 9 percent to 13 percent growth.”

Some Macau casinos visited by GGRAsia on Thursday, actually had tables that were closed, notwithstanding strong consumer demand during Chinese New Year (CNY). The reasons for some tables being... END_OF_DOCUMENT_TOKEN_TO_BE_REPLACED