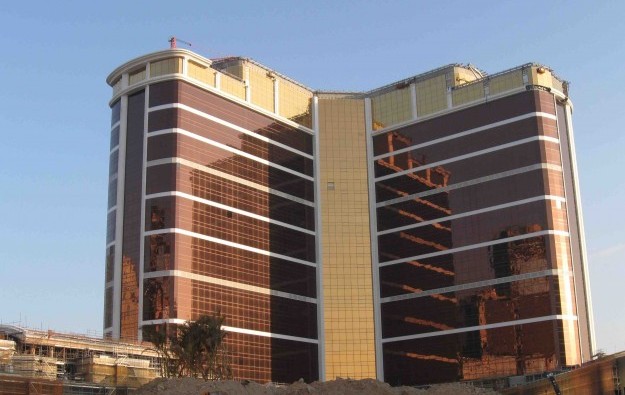 “Potential construction delays” could push the opening date for the US$4.1-billion Wynn Palace casino resort in Macau “into the second half of 2016,” said Wynn Macau Ltd in its annual report filed with the Hong Kong Stock Exchange on Thursday.

The resort (pictured in a file photo) is currently scheduled to open on June 25, after a plan to launch it on March 25 had to be dropped.

In December Steve Wynn, chairman of Wynn Macau and its parent firm Wynn Resorts Ltd, said that were the main contractor of Wynn Palace unable to meet the June 25 deadline it would be liable for a “US$1.5 million-a-day penalty”.

Thursday’s filing by Wynn Macau said: “The general contractor has expressed its commitment to the completion of the project by the required date, but has advised us that they dispute our assessment of liquidated damages.”

Wynn Macau added: “The company still expects to open Wynn Palace in the first half of 2016; however, potential construction delays could push the opening date into the second half of 2016.”

Several brokerages have said they expect Wynn Palace’s opening date to be in the second half of 2016.

Deutsche Bank Securities Inc said in a note on Monday that its assumes a “mid third quarter 2016 opening” for Wynn Palace.

“While the announced date remains June 25, we continue to feel more comfortable with a buffer for further delays in the model,” said analysts Carlo Santarelli and Danny Valoy.

“That said, with large sections of the property having been turned over to the Cotai team, we are becoming more optimistic that even if the project is delayed further, it’s likely to be weeks rather than months,” they added.

Brokerage Sanford C. Bernstein Ltd stated in a note on March 14 that any potential slippage into the second half of the year for the opening of Wynn Macau’s Cotai project wouldn’t have much of a negative impact for the casino operator.

“While any delay in [the] Wynn Palace opening date may cause investors some consternation, a month or more delay is irrelevant with respect to Wynn Macau’s value. While Wynn will not pay a dividend in 2016, this fact is already priced in by the market,” said analysts Vitaly Umansky and Simon Zhang.

On Thursday Wynn Macau declared a special dividend of HKD0.60 (US$0.077) per share for the financial year ending December 31, 2015. It is payable to shareholders whose names appear on the register of members of the company on April 19, 2016. It is expected that the special dividend will be paid on April 27.

Macau is to create distinct zones on its casino floors and designated gambling chips that will be solely for the use of players from overseas. The moves will be part of a new gaming tax system to... END_OF_DOCUMENT_TOKEN_TO_BE_REPLACED