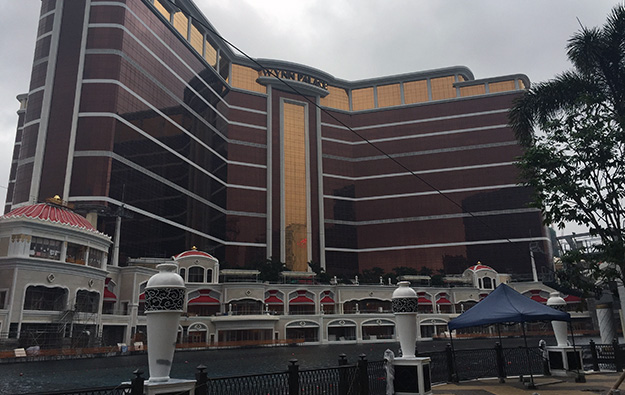 “This week the booking engine at Wynn Palace … went live with a first available date of 23 August,” said Union Gaming’s analyst Grant Govertsen in a note on Friday.

“We have also noticed certain local travel agencies promoting the 23 August date. This has been further corroborated by lots of industry chatter on the ground which has recently pointed towards a date of 22 or 23 August,” he added.

GGRAsia asked Wynn Macau if it could confirm the opening date of Wynn Palace but received no reply by the time this story went online.

Morgan Stanley had mentioned the likelihood of an August 22 opening in a note on Thursday.

Wynn Resorts Ltd, the parent company of Wynn Macau, said in its latest results announcement that it expected to open Wynn Palace “in the third quarter of 2016”.

Steve Wynn, chairman and chief executive of Wynn Macau and Wynn Resorts, had said in April that the Wynn Palace casino resort was likely to open in August.

The property previously had been scheduled to open on June 25, after a plan to launch it on March 25 was dropped.

Wynn Palace will have a 1,700-room hotel, a large lake with fountain display and a gondola ride around the grounds, meeting space, a casino, a spa, shops, and food and drink outlets.

“While all signs are now pointing to a late August opening, we believe the company is still not where it wants to be in terms of operating labour – a function of waiting on additional work permits for foreign labour (unskilled labour like housekeepers and wait [table serving] staff),” said Union Gaming’s Mr Govertsen.

“It would appear management feels it has enough labour to open but it isn’t yet clear to us if it will open with all 1,700 rooms given the labour situation (if not, we suspect the property grows into all 1,700 rooms over the coming months),” the analyst added.

The Macau government has not yet indicated the number of table games that will be granted to Wynn Palace, although Union Gaming expects “clarification within the next 30-plus days”.

Macau’s casino gross gaming revenue (GGR) for the first five days of February is estimated at MOP1.9 billion (US$235.1 million) – or MOP380 million per day – a level that suggests a “45... END_OF_DOCUMENT_TOKEN_TO_BE_REPLACED