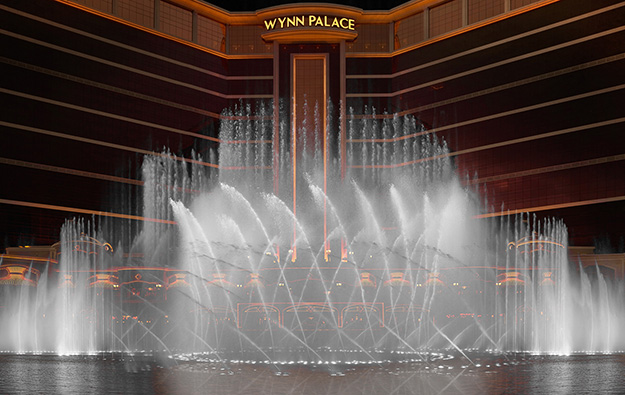 If Wynn Palace on Cotai can build the venue promoter’s share of the so-called ‘grind’ or ‘base’ mass gambling market, it would reduce the risk of cannibalising customers from Wynn Macau on the peninsula, says a note from banking group Morgan Stanley.

But analysts from the institution and those of a number of brokerages note that Wynn Palace (pictured) was not primarily designed as a mass-market venue.

“We think the grind mass segment is important because it is growing, has a higher margin structure and could easily be moved from Cotai peers (i.e., not self-cannibalised),” said a note on Sunday from Morgan Stanley analysts Praveen Choudhary, Alex Poon and Thomas Allen.

The US$4.2-billion Wynn Palace opened to the public on August 22, with an initial Macau government allocation of 100 new-to-market live dealer tables. A further 50 tables will be made available in two tranches: 25 tables on January 1, 2017; and the remaining 25 on January 1, 2018.

Several investment analysts said in pre-opening notes for the property that in a subdued market affected by public policy levers – Macau casino monthly gross gaming revenue (GGR) had fallen for 26 months judged year-on-year up to July 31 – Wynn Palace could cannibalise customers from its sister property Wynn Macau on the city’s peninsula.

The newcomer Wynn Palace is “not built for grind mass,” noted Morgan Stanley in its Sunday note.

“Hotel room rate is one of the highest [in Macau], and access from coach drop off and check in counters is not designed for grind mass customers,” added the institution.

Grant Govertsen of brokerage Union Gaming Securities Asia Ltd mentioned in a Monday note that Wynn Palace faced some challenges – at least in the short term – in appealing to lower end mass-market customers.

Referring to the “premium mass” mid-level Macau gambling customers that pay in cash rather than credit – and in multiples of thousands of Hong Kong dollars per bet rather than in the hundreds multiples used by the grind mass – Mr Govertsen said: “We think non-premium mass casino traffic at Wynn Palace will be entirely dependent on shuttle/taxi arrivals as it appears walk-in foot traffic will be significantly less than the Cotai peers…”

Mr Govertsen added: “Light rail construction in front of Wynn Palace creates a dirty obstacle course, MGM Cotai construction disrupts pedestrian flow, visitors are baulking at the price of the gondola feature, [and there is a] long walk around lake to an unobvious main entrance.”

He was referring respectively to a new public transport rail system that will have a stop near Wynn Palace; to the neigbouring building site of market rival MGM China Holdings Ltd’s new Cotai project and to a small cable car that takes visitors on a short ride above the lake in front of Wynn Palace.

Morgan Stanley noted that even in the VIP segment – traditionally a strong point for Wynn Palace’s promoter Wynn Macau Ltd – there could be challenges ahead.

The Morgan Stanley team stated: “The company may struggle to gain its fair VIP market share since it continues to pay lower than market commission. Also, junkets’ market share and bargaining power may continue to rise. The three junkets at Palace (Suncity, Tak Chun and Guangdong) overlap with its peninsula casino’s as well as most peers’.”

Harry Curtis and Brian Dobson of Japanese brokerage Nomura had said in a note on Friday that – based on observations by sources rather than hard data – it appeared Wynn Palace had received “few players in the premium mass rooms; sequential VIP play has been flat; and base mass increased after the [Wynn] Palace opened but then dropped off ‘quickly’”.

Daiwa Securities Group Inc said in a Friday note – commenting on the tables topic and Wynn Palace, that “historical table allocations were skewed in favour of operators with early openings”.

The Macau government’s new-to-market table allocation for Wynn Palace showed “it [the government] has control in terms of realising its guided MOP200-billion [US$25-billion] GGR market for 2016 (effectively a 13-percent year-on-year contraction, well below the street’s forecast of a 5-percent decline),” said Daiwa’s analysts Jamie Soo and Adrian Chan.

“Indeed, policy-induced rationalisation of GGR growth is one way to achieve the goal of lessening the Macau economy’s dependence on gaming,” added the brokerage.

Union Gaming’s Mr Govertsen noted: “The reality is that nobody knows if Wynn Palace will grow the market, or even what it will take to drive real growth in Macau at this point, especially at the high end of the market. However, based on what we’ve seen, we think Wynn Palace can be a share taker on Cotai as it relates to premium mass and VIP, although not the lower tiers of mass.”

Macau’s health authorities said on Sunday that they would require all people wishing to enter the city’s casinos not only to have their body temperature measured and to display a... END_OF_DOCUMENT_TOKEN_TO_BE_REPLACED