Wynn Palace to have up to 60 VIP tables: Steve Wynn 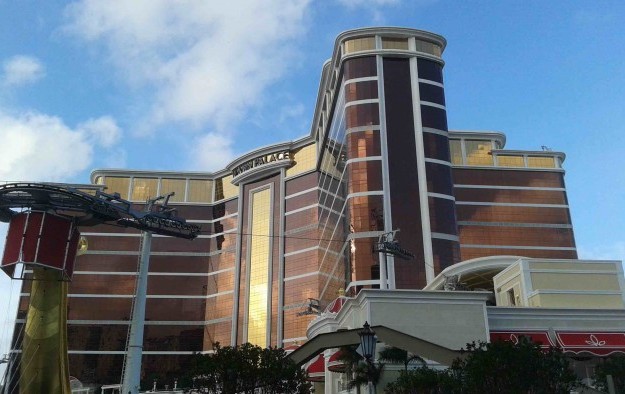 Mr Wynn was speaking at a press conference on Wednesday in Macau. The US$4.2 billion Wynn Palace (pictured) will open on August 22.

He said Macau government officials had visited the property, adding that the table allocation was not related to Wynn Palace’s non-gaming offering.

“The table allocation had to do with the [government’s] table cap,” said Mr Wynn.

The casino operator had applied for 400 new gaming tables.

Macau’s Secretary for Economy and Finance, Lionel Leong Vai Tac, said on August 12 that the government’s decision was made based on “consideration of several factors”, including the table cap system and the new non-gaming features to be offered by Wynn Palace.

The Macau table cap scheme, effective since 2013, is designed to limit compound annual growth in the number of new live gaming tables to three percent until December 2022.

Wynn Palace will open with approximately 350 gaming tables, Wynn Macau Ltd has said, with the casino operator transferring 250 tables from its property on the peninsula.

On Wednesday, Mr Wynn said he had no estimate on when the Cotai property would be likely to break even.

“I expect [the return rate on investment] will be fine,” said Mr Wynn. “I will find out what that is once we open,” he added.

Stocks of Macau casino operators rose substantially in the Hong Kong market on Monday, after the local government announced on Friday a bill proposing a new regulatory system for gaming... END_OF_DOCUMENT_TOKEN_TO_BE_REPLACED