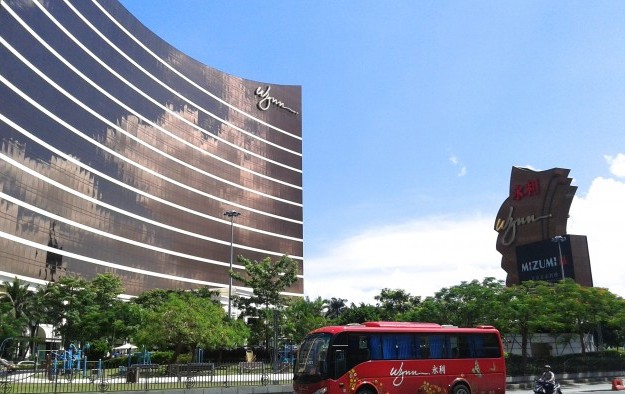 A note the same day from Union Gaming Securities LLC in the U.S. said the brokerage regarded the pre-results guidance as a “distinct positive” for investors seeking to track the performance of Wynn Resorts – which runs casino operations in Las Vegas and in Macau, and has seen Macau earnings fall significantly year-on-year in the first nine months of 2015.

That is understood to be a reference to whether or not unofficial weekly data on Macau GGR is being made available to the investment community. Some investment analysts have used such unofficial industry returns to track and predict the performance of the Macau casino market ahead of official GGR figures from the city’s government. The latter are released on a monthly basis, with the official split between mass-market gambling and VIP baccarat revenue only issued on a quarterly basis.

“With less clarity around weekly and monthly Macau GGR trends investor anxiety was on the rise regarding fourth quarter 2015 performance in the region. Without today’s pre-announcement [by Wynn Resorts], we expect broader market concerns would have increased pressure on the shares,” wrote Mr Jones and Mr DeCree.

David Katz and Brian Davis, analysts at Telsey Advisory Group, said in a note on Friday: “While the market remains focused on calling a bottom to the Macau market, which has not yet been reached, we remain focused on individual companies’ ability to operate and drive earnings within the growing supply in the market. We believe Wynn [Resorts] remains among the strongest operators in what is a challenged operating environment.”

Mr Jones and Mr DeCree of Union Gaming Securities stated: “Performance in Macau was driven by a modest 8.2 percent year-on-year decline in mass-market revenues (versus -33 percent and -28 percent in the second quarter 2015 and third quarter 2015, respectively) despite a mass hold rate of 19.3 percent, below the theoretical range of 20 percent to 23 percent.

“We believe that Wynn’s mass market performance speaks to the rapid retooling that Wynn Macau has been undertaking to adapt to the new trends of Macau,” they added.

But they also noted that the strong mass-market performance in Macau in the fourth quarter had been “offset by a 41.5 percent decline in VIP revenues, which was negatively impacted by a 20 basis points decline in VIP hold from the prior year period”.

“The beat in Macau, relative to our forecast, stemmed almost entirely from incremental mass revenue in the period, which we had modelled as VIP revenue,” said Carlo Santarelli of Deutsche Bank Securities Inc, in its note giving commentary on Wynn Resorts’ preview of its fourth quarter numbers.

Wynn Macau is to open the group’s second casino resort in Macau – the US$4.1-billion Wynn Palace on Cotai – on June 25. The property is likely to get 250 new-to-market gaming tables from the Macau government in line with other recent openings of major properties, said Union Gaming Securities Asia Ltd in a report in November.

“The key inflection point for the company will be the opening of Wynn Palace,” said a note issued on Sunday by brokerage Sanford C. Bernstein Ltd in Hong Kong.

“The company is one of the premier operators in Macau with best-in-class management that is delivering outsized performance with its small installed base at Wynn Macau and transitioning towards a greater mass focus,” said analysts Vitaly Umansky, Simon Zhang and Bo Wen.

Wynn Resorts estimated in its Friday announcement that its Las Vegas operations in the fourth quarter would produce an adjusted property EBITDA in the range of US$123 million to US$131 million. Union Gaming said that would be “well above” both its estimates and market consensus.

For the full year, net revenues from Las Vegas operations are expected to be in the range of nearly US$1.61 billion to nearly US$1.62 billion, compared to the nearly US$1.64 billion generated in 2014.

The imminent return of package tours from mainland China will not only help boost Macau’s tourism businesses, but is also expected to help casinos gain more foot traffic in their mass gaming... END_OF_DOCUMENT_TOKEN_TO_BE_REPLACED