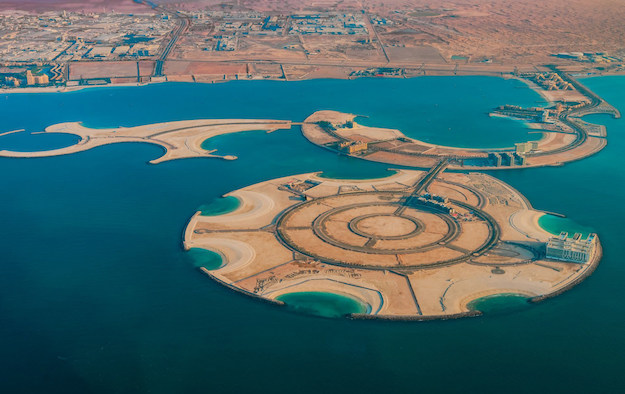 Wynn Resorts Ltd, the United States-based parent of Macau casino operator Wynn Macau Ltd, is to develop a “multibillion-dollar integrated resort” in Ras Al Khaimah, part of the United Arab Emirates (UAE), in the Middle East, according to a Tuesday press release.

The Ras Al Khaimah venue would have a “gaming area” said the statement.

The scheme would be advanced in combination with developer Marjan Properties; and hotel and leisure business operator RAK Hospitality Holding LLC, both Ras Al Khaimah-based firms.

“The integrated resort will be developed with significant foreign direct investment by Wynn Resorts,” and would be scheduled to open in 2026, said the joint announcement.

The current scope of the UAE proposal includes 1,000-plus hotel rooms, a shopping mall, a meeting and convention facility, a spa, more than 10 restaurants and lounges, and a “wide array of entertainment choices”.

Craig Billings, chief executive of Wynn Resorts, was cited in the release saying the region offered “tremendous potential” for the hospitality and tourism industry.

According to the joint statement, the new resort is in the “initial stages of design and development”, and the promoters still need to apply “for an integrated resort licence” from Ras Al Khaimah Tourism Development Authority.

The Ras Al Khaimah Tourism Development Authority also issued an announcement on Tuesday that affirmed gaming was part of the plan for the new scheme.

It said the authority’s Department of Entertainment and Gaming Regulation would work in line with “global best practices in the regulation of gaming that operate as part of integrated resorts across various jurisdictions worldwide”.

On that basis, the relevant department would “consider the social, cultural, and environmental landscape of the emirate and cover licensing, taxation, operational procedures, and consumer safeguards”.

The tourism authority’s statement added: “The foremost priority of this new division is to create a robust framework that will ensure responsible gaming at all levels.”

It further noted: “The regulatory structure will address the entire gaming enterprise within integrated resorts, requiring compliance with all applicable laws and regulations – including financial crime laws – from operators, suppliers and employees.

“Additionally, the regulations will cover marketing, advertising, and financial transactions, ensuring that these areas comply with the Department of Entertainment and Gaming Regulation,” said the Ras Al Khaimah statement.

John DeCree, senior analyst at CBRE Equity Research, said in a Tuesday note: “The UAE civil code does allow for various types of wagers on things like sporting and racing events, though a number of conditions must be met.

“Ras Al Khaimah also has its own judicial authority which is more progressive” than some others, Mr DeCree suggested.

The analyst further noted: “Should the proposed resort get approval to authorise typical gaming activities – slots, tables –, the return on investment could be significant given the limited gaming options and amount of wealth and tourism in the region.”

Though he observed that other “ambitious plans” for land-based casinos in places such as Japan and Goa, India, appeared to take “numerous years… to play out”.

Mr DeCree wrote: “While the potential for capital allocation in a seemingly obscure project could raise some concerns, particularly given the current state of the markets, we do not anticipate any meaningful capital deployment in Ras Al Khaimah for at least a couple of years.”

Wynn Resorts had total current and long-term debt of US$11.74 billion outstanding at the end of the third quarter 2021, including US$5.77 billion of Macau-related debt. Wynn Macau Ltd’s current Macau gaming concession expires on June 26 this year. A number of investment analysts say they expect Wynn’s Macau rights to be refreshed.