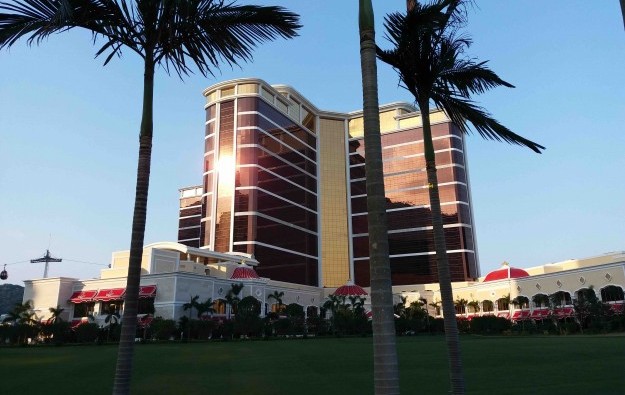 Associated companies of casino operator Wynn Macau Ltd are to pay nearly US$200 million in additional fees to Hong Kong firm Leighton Contractors (Asia) Ltd, for work on the Wynn Palace casino resort (pictured). The Wynn side will also pay a further US$121 million in fees previously withheld under the original Cotai construction agreement.

A Sunday filing from Hong Kong-listed Wynn Macau Ltd said the group had also agreed that the guaranteed maximum price payable to Leighton Contractors (Asia) – also known as Leighton Asia – for the Wynn Palace project would be US$2.96 billion, compared to UD$2.57 billion previously.

A Monday note from JP Morgan Securities (Asia Pacific) Ltd said it was likely investors would seek clarification from the casino firm’s parent company Wynn Resorts Ltd – during its upcoming third-quarter results – as to whether the deal reached between client and contractor would push Wynn Palace’s budget above the US$4.2-billion figure quoted so far by the group.

The news of the extra payment – and the release of fees previously withheld from the contractor – was announced as part of a deal to settle litigation between the casino group and its main contractor on the new Cotai venue. The property opened on August 22.

Leighton Asia’s parent CIMIC Group Ltd said in a Monday filing to the Australian Securities Exchange regarding the agreement: “Wynn Resorts and Leighton Contractors (Asia) agree not to pursue their respective claims and cross‐claims including liquidated damages and extensions of time; and Wynn Resorts will meet a regime of settlement payments to Leighton Contractors (Asia).”

A voluntary announcement in January by Wynn Macau Ltd to the Hong Kong exchange had expressed concern that Leighton Asia would not meet its targets. In November 2015, the parent Wynn Resorts had announced a three-month delay – to June 25, 2016 – in the opening of Wynn Palace. The company said at the time it had been notified by the contractor the project “will not be ready to open by the projected early completion date of March 25, 2016”. Subsequently, the opening was scheduled for August 22.

According to the latest announcement from Wynn Macau Ltd to the Hong Kong bourse, the disputed matters on the Wynn Palace project included: “… the required date for achieving certain interim milestones and completing the construction work; the [Wynn] group’s potential entitlement to receive liquidated damages for delay and to recover other costs and expenses incurred by it; and Leighton Asia’s potential entitlements to receive extensions of time for achievement of interim milestones and completion of the construction work, and to receive additional payments.”

As well as an additional payment of nearly US$199.8 million to Leighton Asia, associated companies of Wynn Macau Ltd will also pay approximately US$121 million in monies that had been disputed between client and contractor under the original Cotai construction agreement.

This comprised: nearly US$21.1 million for work completed and accounted for under the previously arranged maximum guaranteed price for the resort; US$55.2 million that prior to the date of Sunday’s announcement had been withheld under the Cotai construction agreement; and up to US$45.0 million “as and when outstanding, defective or non-conforming work is completed to the satisfaction of the group”.

The filing said that US$100 million towards the additional payment and the US$21.1-million payment had been made by the group as of the announcement date, with a further approximately US$120.9 million to be paid on Monday this week.

“The announcement itself is a bit unclear as to whether this settlement would push the total project budget higher from previous guidance of US$4.2 billion,” said JP Morgan analyst DS Kim in his Monday note.

“Both seem to agree now that the delay was from extra work and change in scope, given that Wynn agreed to pay an extra to settle the dispute,” said Mr Kim.

“Also, probably as a result of this settlement, they also agree to increase the guaranteed maximum price payable to Leighton by US$400 million to US$2.96 billion, from an initial US$2.57 billion,” wrote the analyst.

“Given that the guaranteed maximum price has been increased by US$400 million, we think total [Wynn] Palace capital expenditure could turn out to be higher than US$4.2 billion, though there was no announcement on this part yet (likely to be made along with third-quarter results, we think),” added the brokerage.

Paradise Co Ltd, an operator of foreigner-only casinos in South Korea, reported casino revenue of nearly KRW48.65 billion (US$39.8 million) for January 2023, according to a Thursday filing to the... END_OF_DOCUMENT_TOKEN_TO_BE_REPLACED