Wynn to spend more in Japan than on Wynn Palace: exec 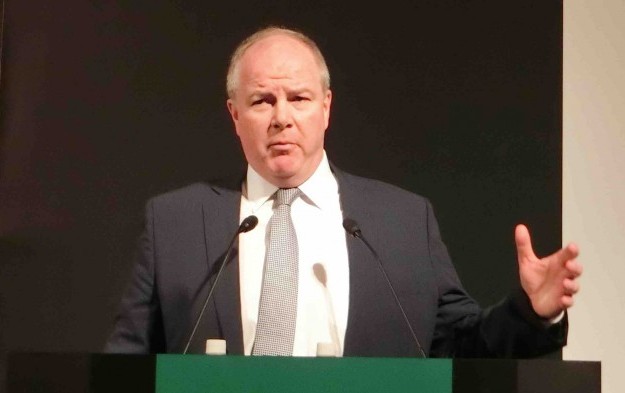 Casino group Wynn Resorts Ltd would expect to spend more on a Japan resort than it had invested on its Wynn Palace property in Macau. So said Chris Gordon (pictured), president of Wynn Resorts Development LLC, in a presentation to the Japan Gaming Congress in Tokyo on Friday.

Wynn Palace opened in August 2016 with a price-tag of US$4.4 billion, according to company information.

“We would expect Japan to be the largest IR we have built,” Mr Gordon told the Tokyo conference attendees, referring to the term integrated resort or “IR” that is used in the Japan market to describe large-scale casino resorts with non-gaming facilities.

“We don’t want to put an exact price tag on it yet because we are at the beginning,” he added. “I could guess; I could show you my spread sheet, but a lot of time has to pass before I can tell you exactly how much it is going to cost. But we know it is going to be a very large facility and a big investment, and that helps local companies.”

Macau casino licensee Lawrence Ho Yau Lung, chairman and chief executive of Melco Resorts and Entertainment Ltd, said during his Thursday presentation at the Japan Gaming Congress that the total cost for a Japan resort might be more than US$10 billion.

In his own pitch, Wynn Resorts’ Mr Gordon spoke at length about the group’s latest scheme in Boston, Massachusetts in the United States.

At US$2.6 billion and with 671 room keys, the new resort – named Encore Boston Harbor – was “the smallest we have ever done”.

But the effort that had gone into an environmental clean up of a brown field site, and what he said would be the economic benefit of Encore Boston Harbor to its hinterland in terms of companies supplying it with goods and services, was something that the Japan market could also look forward to seeing.

Mr Gordon told the audience – referring to the firm’s existing operations in Las Vegas, Nevada, and Macau, as well as the new Massachusetts venue: “We are spending – even without Japan – US$2.7 billion every year, buying materials from local vendors. And most of our purchasing is local.”

The executive added: “We estimate in Japan – depending on the size of site – between US$940 million and US$1.4 billion in annual operating expenditure. That’s buying goods and hiring staff.”

An argument typically used by casino companies in pitching for a new licence is job creation and training. Mr Gordon acknowledged that in Japan, which had low unemployment and an already-strong service culture, attracting employees might be a more competitive process than elsewhere.

He said the firm had 80,000 applications for circa 5,500 posts at Encore Boston Harbor, and that the group currently had circa 27,000 employees worldwide.

“Our forecast for Japan is between 11,000 and 16,000 new employees. That’s a daunting task in an economy that has very low unemployment,” he noted.

Mr Gordon also tackled a topic of particular concern among Japanese lawmakers and members of the public: harm from problem gambling.

He added, referring to an academic institution in Las Vegas: “We have a great relationship with UNLV – the University of Nevada, Las Vegas. They will be working closely with us in Japan on a number of things. They are the leading researchers in the world on things like problem gaming.”

Macau’s casino gross gaming revenue (GGR) for the first five days of February is estimated at MOP1.9 billion (US$235.1 million) – or MOP380 million per day – a level that suggests a “45... END_OF_DOCUMENT_TOKEN_TO_BE_REPLACED