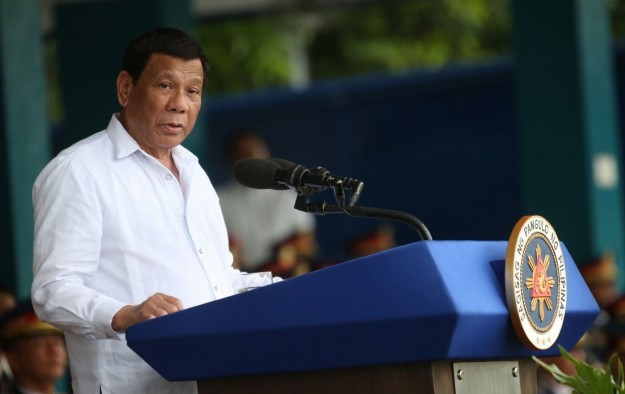 The President of the Philippines, Rodrigo Duterte, and Chinese President Xi Jinping are poised to discuss matters related to cross-border gambling during a meeting between the two heads of state to take place later this month. So said Philippine Finance Secretary Carlos Dominguez III on Saturday.

Mr Dominguez said – as reported by the Philippine Daily Inquirer – that he was “certain” that the Philippine side would be “addressing the issues raised” by a recent statement by the Chinese embassy in Manila, during President Duterte’s (pictured in a file photo) meeting with President Xi.

That was a reference to a strongly-worded statement issued on August 8 by the Chinese embassy. The document said that “the fact that the Philippine casinos and POGOs [Philippine Offshore Gaming Operators] and other forms of gambling entities are targeting Chinese customers has severely affected” China’s interests.

“[A] huge amount of Chinese funds has illegally flown out of China and illegally into the Philippines, involving crimes such as cross-border money laundering through underground banking, which undermines China’s financial supervision and financial security,” the Chinese embassy’s statement said.

President Duterte is to visit China later this month. It is expected that during the visit he will meet with President Xi.

The exact dates of President Duterte’s trip to China have yet to be officially announced.

The Chinese embassy’s statement followed remarks made by an official from the Philippine Amusement and Gaming Corp (Pagcor) to local media, saying Chinese nationals employed by POGOs would be transferred to “self-contained” communities within the Philippines.

The move, according to Pagcor vice president for offshore gaming Jose Tria, was to limit interaction between locals and foreign workers, and a means to make it easier for the local government to monitor the operations of POGOs. A number of these operations include online casinos that cater to overseas punters.

The plan proposed by Pagcor – the country’s gaming regulator – has also raised eyebrows among politicians in the Philippines, with some casting doubt on the legality of the proposal.

Pagcor clarified in a statement issued on Friday that foreign workers living in hubs for POGO operations would be “free to go wherever they may want to, do whatever they may want, within the limits of the law.”