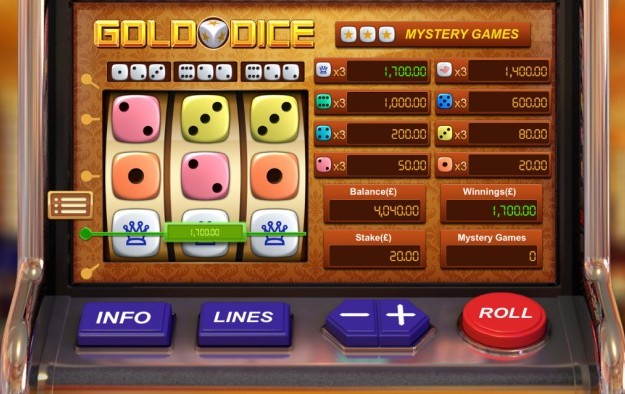 Chinese game developer Yoyougaming has announced the release of its first game, Gold Dice, which is available to operators through platform provider Odobo Ltd.

The company says Gold Dice has an oriental theme, with nine dice forming the symbols for the three-reel slot with five paylines.

Aligning three star symbols triggers the main feature, Mystery Games. The stars then turn to gold, each spinning to produce a random number from one to six – the total of all three dice dictates the number of free spins awarded, the company described.

“We created Gold Dice to appeal to the Asian and European markets. What we ended up creating is a game with mass appeal, based on a simple mechanic, and a game that is immensely enjoyable to play,” Kevin Li, managing director at Yoyougaming, said in a statement.

For now the game is exclusively available via the Odobo platform, but it will soon go live with both bet365 and Betfair. Gold Dice is the first of six games expected to be launched by Yoyougaming in partnership with Odobo.

Most of Macau’s casino operators are likely to generate positive free cash flow in the first quarter, given the robust recovery level of mass-market gross gaming revenue (GGR) in January, relative... END_OF_DOCUMENT_TOKEN_TO_BE_REPLACED