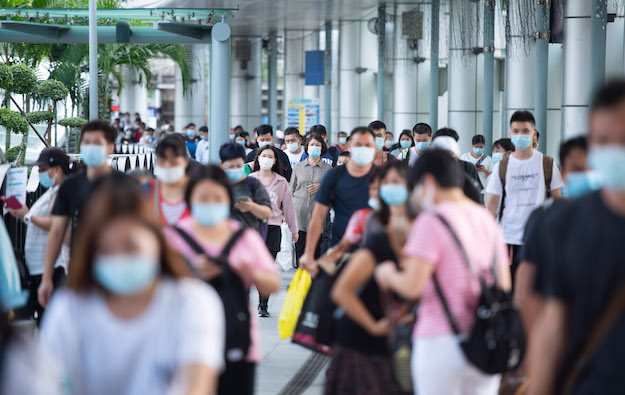 Authorities in Macau’s neighbouring city of Zhuhai, Guangdong province, announced on Sunday that a 14-day compulsory quarantine for most travellers inbound from Macau will be scrapped from 12pm today (Monday, October 4). But people intending to cross the border into Zhuhai will have to show proof of vaccination against Covid-19, and must hold a nucleic acid test certificate issued within 48 hours proving they are ‘negative’ for the virus.

A statement issued by the Macau government on Sunday evening confirmed that people travelling to Zhuhai will have to show proof of having “at least one dose” of a vaccine against Covid-19, aside from the negative test result. Otherwise, travellers will have to undergo a 14-day compulsory quarantine in Zhuhai, said the Macau health authorities.

The compulsory quarantine measure was introduced by Zhuhai authorities on September 26, linked to the risk of a community outbreak of Covid-19 in Macau, after six new cases were confirmed in Macau. The fresh cases were all classified as imported-related by the local authorities.

Originally scheduled to run until September 29, the easing of border restrictions was extended twice.

Zhuhai is the main gateway to Macau for mainland China visitors. JP Morgan Securities (Asia-Pacific) Ltd said in a September 26 note, that without clarity on when the inbound quarantine to Zhuhai would be ultimately lifted, many Chinese tourists were likely to cancel their trips to Macau, “to avoid risk of being quarantined upon their return to the mainland”.

A Macau court was offered evidence on Monday, including of recordings from police-wiretapped telephone conversation, that the prosecution says proves the direct involvement of Levo Chan Weng Lin... END_OF_DOCUMENT_TOKEN_TO_BE_REPLACED