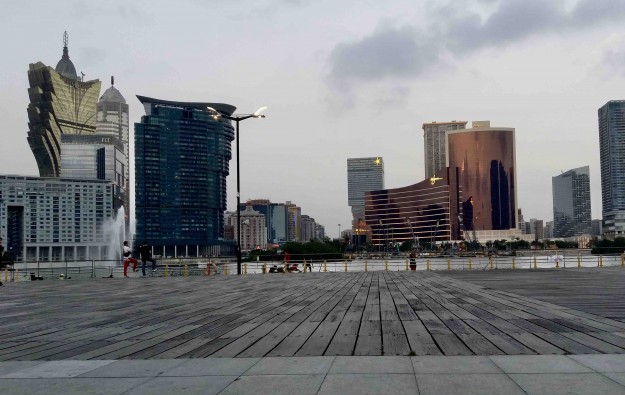 Demand for Macau casino gambling could make a strong recovery in the second half of the year, provided China’s coronavirus outbreak can be controlled soon, says a report from Sanford C. Bernstein and Co LLC on the macroeconomic outlook for Asian consumer sectors.

“At this stage we see Macau having a solid recovery in the second half,” stated the authors of the report, which was issued on Thursday.

Commentary from several brokerages on Tuesday – the day it was announced that Macau casinos would be closing for at least 15 days to try to stop the spread of the disease locally – suggested that February casino gross gaming revenue might fall by somewhere in the range of 50 percent to 75 percent year-on-year.

Ten coronavirus infection cases had been reported in Macau as of Wednesday. The most recent were three locals with no history of travel to Hubei province on the Chinese mainland, the epicentre of the disease.

Sanford Bernstein noted in its Thursday consumer overview on China, that a second-half recovery for Macau was “contingent” on “the contagion being brought under control and travel into Macau resuming and China’s economy not faltering materially and reducing customer confidence”.

“The latter would likely be abated by strong government stimulus if the economy were to falter,” added the brokerage.

Credit research firm Fitch Ratings Inc said in Thursday commentary that while the casino closures were going to have “meaningful, immediate impact to cash flows for the Macau casino operators,” the impact to revenue and cash flow in the long term should be “temporary”.

The Las Vegas Review-Journal reported the executive made the comment on the Macau situation in an ad hoc update to the Nevada Gaming Control Board in an unrelated suitability hearing.

The closure “could be two weeks, it could be two months,” Mr Goldstein was quoted by the news outlet as saying.

Referring to Ho Iat Seng, Macau’s Chief Executive, Mr Goldstein added: “He has made it clear that he will not be able to make a decision until he gets further understanding of the virus and its severity in Asia.”

In a January 29 conference call with analysts to discuss Las Vegas Sands’ fourth-quarter results, Mr Goldstein had said the “storm” of coronavirus “will pass” and the market would come back strongly, although he conceded in his Wednesday remarks that the present alert was a “scary time for all of us”.

Macau’s Chief Executive said on Tuesday – when announcing the local casino closure plan – that the following “seven to 10 days” could mark the high point for cases of infection in Macau.

The overall confirmed cases on the Chinese mainland had reached 28,018 by the end of Wednesday, the National Health Commission said, noting that a total of 563 people had died of the disease.

The Wednesday macroneconomic outlook report from Fitch noted that the underlying Chinese economy is more heavily dependent on services than it was at the time of the severe acute respiratory syndrome (Sars) outbreak – involving another type of coronavirus – first seen in China in late 2002 and into 2003. Investment analysts have said many times previously that China’s economy is key to Macau’s success as a gambling and tourism destination.

Sars “influenced economic behaviour” in China “significantly” between “early March and late May 2003 and is estimated to have reduced China’s GDP [gross domestic product] growth by 1.5 to 2 percentage points in the second quarter 2003,” Fitch said. It added the services sector was hardest hit, but industrial output growth also slowed.

“Services account for a larger share of China’s gross domestic product today than they did in 2003 (54 percent compared with 42 percent),” noted the ratings agency. “A shock to services and industrial output similar in scale to that from Sars would cut growth in the first quarter 2020 to around 4 percent year-on-year, according to our calculations,”  it stated.

In late December, economists at Nomura were suggesting China’s economic growth this year might be as high as 6.1 percent.

Fitch said on Wednesday that in a relatively benign scenario, where coronavirus infection cases “peak soon” and the disease starts to be contained “within the next couple of weeks – causing panic to fade rapidly and official restrictions“ on matters such as outbound travel by mainland residents “to be dismantled swiftly” – there could be a smaller impact on China’s economic growth, “possibly knocking only 0.2 percentage points off 2020 annual growth”.

Xinhua stated on Thursday morning that the country’s health authorities had received reports of 3,694 new confirmed cases of novel coronavirus infection and 73 deaths on Wednesday from 31 provincial-level regions and an official entity in Xinjiang.