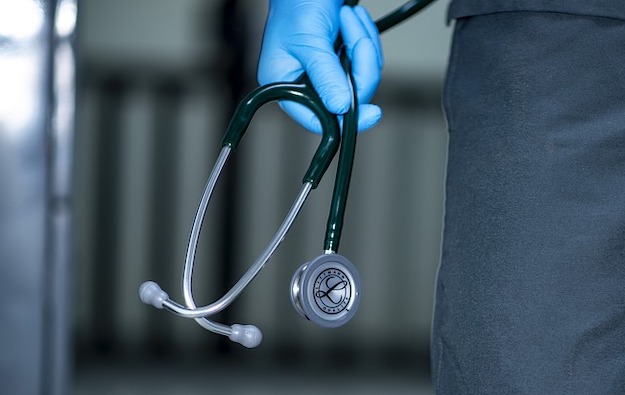 The Earth Tower, the second tower of the Sheraton Grand Macao hotel at the Londoner Macao casino resort on Cotai, is to be used to isolate people already confirmed with Covid-19 infection, the Macau government said on Wednesday.

By the stroke of midnight on Wednesday, the number of cases in the latest Macau outbreak – the worst since the start of the pandemic – had reached 572, an increase of 88 in 24 hours.

It is the first time since the start of the pandemic alert in early 2020 that both towers of the Sheraton at Sands China Ltd’s property have been used for pandemic countermeasures.

Periodically – depending on demand – some rooms at the 2,000-room Sky Tower at the hotel have been used for quarantine of Macau permanent residents and others entitled still to enter Macau, when they return from overseas.

The Earth Tower also has 2,000 rooms, though it was not clarified at the Wednesday afternoon media briefing by the Novel Coronavirus Response and Coordination Centre, whether all the space would be earmarked for infected people.

Health Bureau director Alvis Lo Iek Long said at Wednesday’s briefing that the decision to ask Sands China for use of the Earth Tower was because of the daily rise in infection cases.

Mr Lo said that asymptomatic Covid-19 carriers or patients with mild symptoms would be transferred to isolation hotels, while those requiring treatment will be transferred to either the public hospital or the Public Health Clinical Centre in Coloane.

Another hotel at a property run by Sands China – the Parisian Macao casino resort – is also being used by the Macau authorities for quarantine purposes.

The use of the Parisian Macao’s 2.300 hotel rooms was outlined in a Saturday announcement by the Macau government, and took effect from that day.

On June 22, health officials had announced that an additional quarantine hotel in Macau – with circa 400 rooms – would be allocated for those testing ‘positive’ regardless of whether or not they had symptoms. The extra quarantine hotel – England Marina Club – is part of a new waterside development on Cotai, just beside Galaxy Entertainment Group Ltd’s Broadway Macau, but unconnected with it.

The number of so-called ‘red zones’ in Macau – mostly buildings where the occupants must stay indoors and can only receive daily supplies brought in for them – is now 19.

The imminent return of package tours from mainland China will not only help boost Macau’s tourism businesses, but is also expected to help casinos gain more foot traffic in their mass gaming... END_OF_DOCUMENT_TOKEN_TO_BE_REPLACED