Casino at Australia’s Crown Sydney to open on Aug 8 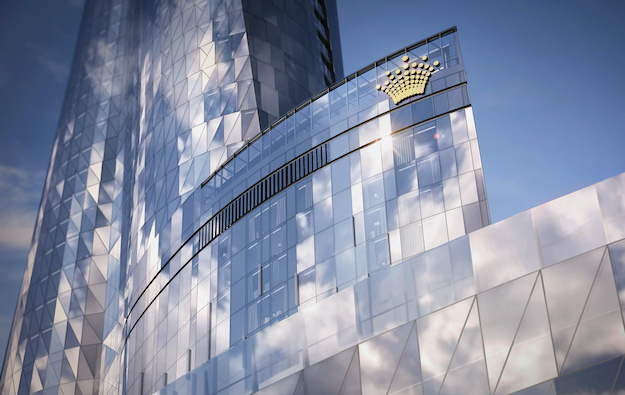 The gaming area at casino resort Crown Sydney (pictured in a file photo) is to open on August 8, said on Monday the property’s promoter.

Australia-based Crown Resorts Ltd said in a statement that “the doors to Australia’s only VIP casino will begin opening to members and guests from 08.08.2022.”

The property is located in Sydney, capital of the state of New South Wales and the country’s largest city.

“We felt the symbolism of the 08.08 date represented ideal timing to open our doors,” departing chief executive Simon McGrath said. That was believed to be a reference to Chinese culture, where the number eight is associated with wealth. Players of Chinese ethnicity – either living in Australia or elsewhere – have historically been an important source of revenue for Crown Resorts.

The casino at Crown Sydney was previously scheduled to open more than a year ago. The opening was first delayed and then suspended following an inquiry by the state regulator, the New South Wales Independent Liquor & Gaming Authority, which concluded that Crown Resorts was not fit to operate a casino in that Australian state.

At the time, one of the inquiry’s recommendations was that the state’s Casino Control Act be amended, to prohibit New South Wales casinos from working with junkets. The latter are commonly third-party organisations that introduce VIP gamblers – historically mostly Chinese high rollers – to casinos.

In June, Crown Resorts said its Crown Sydney resort eventually had been approved for a gaming licence – on a “conditional” basis – by the state regulator.

The conditional period, which will run for up to 24 months, will allow the authority to monitor operational changes made by Crown Resorts.

Crown Sydney has been allowed since late 2020 to offer non-gaming services to customers, including hotel stays and dining. According to information previously provided by Crown Resorts, the property will offer circa 160 gaming tables and approximately 70 electronic table games.

Investment firm Blackstone Inc formally took over Crown Resorts late last month. The move marked a formal end to Australian entrepreneur James Packer’s involvement with the Crown brand, which was once a partner in the Macau casino market, with the Melco brand led by Lawrence Ho Yau Lung.

Earlier this month, it was reported that Ciarán Carruthers would be leaving his position as chief operating officer of the Wynn Macau property, to become the new CEO of Crown Resorts.

The imminent return of package tours from mainland China will not only help boost Macau’s tourism businesses, but is also expected to help casinos gain more foot traffic in their mass gaming... END_OF_DOCUMENT_TOKEN_TO_BE_REPLACED