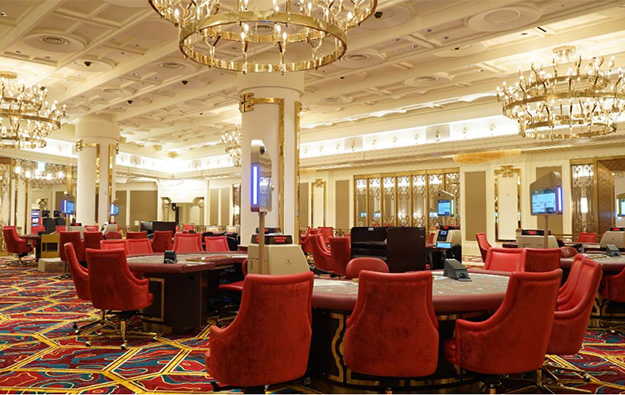 The foreigner-only casino (pictured) at the Paradise City gaming resort, near Incheon International Airport in South Korea, is to stay closed “indefinitely”, for the safety of customers, said a notice in Korean posted on Friday on the venue’s website.

Previously, the resort had said the casino would stay closed until 6am on Monday (September 7), which was itself an extension of an initial closure running from Sept 1 to 3, caused by a reported case of Covid-19 involving a resort staff member.

The latest announcement said non-gaming facilities at the resort would stay closed from 1pm on Friday, until 1pm on Wednesday (September 9).

According to South Korean media, the main reason for the indefinite closure of the casino was that, as of Friday morning, a total of six resort employees – including two casino staff members – had been confirmed as being infected with Covid-19.

The venue said in a Friday press release, that the shuttering move was for the “safety of guests and employees”, and in order to comply with South Korea’s “Level 2.5” social distancing protocol for the Seoul metropolitan area. Those rules limit the operation of restaurants and other food outlets, and mandate the shutting of indoor sports facilities as well as so-called ‘cram school’ educational facilities.

As of 12am on Friday, South Korea had recorded 198 new cases of Covid-19 within the preceding 24 hours, taking the national tally of infections to 20,842.

A Macau court was offered evidence on Monday, including of recordings from police-wiretapped telephone conversation, that the prosecution says proves the direct involvement of Levo Chan Weng Lin... END_OF_DOCUMENT_TOKEN_TO_BE_REPLACED