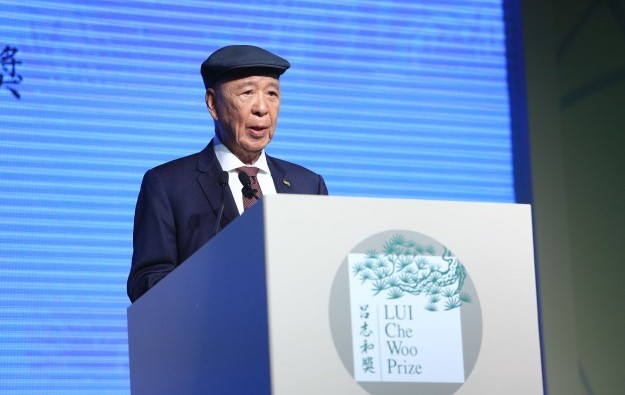 A number of casino tycoons and entrepreneurs with Asian gaming interests have slipped in the latest wealth rankings from U.S.-based magazine Forbes, published on Tuesday.

Among them are several billionaires, in U.S. dollar terms, that are linked to Macau’s gaming industry.

Those without significantly diversified holdings have been especially hard hit. Macau gaming stocks declined by at least a third in 2015, along with the city’s casino gross gaming revenue.

Forbes identified 1,810 billionaires globally, down from a record 1,826 a year ago. Their aggregate net worth was US$6.48 trillion, US$570 billion fewer than last year.

Sheldon Adelson, chairman and chief executive of casino developer Las Vegas Sands Corp, which operates casinos in Macau and Singapore, fell to 22nd spot in the Forbes 2016 World’s Billionaires list with an estimated net worth of US$25.2 billion. It was a US$6.2-billion decline – or 20 percent – on his 2015 estimated net worth of US$31.4 billion, when he was in 18th spot.

He nonetheless is the 6th richest person in Hong Kong, down one place from last year.

According to Forbes, Mr Cheng currently has a net worth estimated at US$14.5 billion, an increase of US$100 million on his estimated net worth last year of US$14.4 billion. It sees him rise to 58th place on Forbes’ list from 71st spot last year. He is also the third-richest person in Hong Kong.

The family’s privately-held vehicle Chow Tai Fook Enterprises Ltd now has  a stake in a casino project in Brisbane, Queensland in Australia, and a stake in a possible one in a Vietnam.

One Philippines clan that has diversified holdings and is an investor in the casino industry also saw an improvement in its ranking.

Henry Sy and family rose two places to 71st from 73rd last year. Their wealth however declined by 9 percent to US$12.9 billion. Mr Sy is a partner – via one of the subsidiaries of his SM Group – in the venture that officially opened the City of Dreams Manila casino resort in February 2015.

Philippines industrialist and tycoon Enrique Razon, who heads Manila-based casino operator Bloomberry Resorts Corp – which developed Solaire Resort and Casino in the Philippines capital Manila – fared less well. His wealth slipped by more than half, to US$2.4 billion, from US$5.2 billion in 2015. His ranking fell to 722nd, from 291st last year.

Tiger Resort Leisure and Entertainment Inc, a company controlled by Mr Okada, was given in September an extension in its construction timetable for Manila Bay Resorts, a casino venue located at Entertainment City, in Manila. The US$2-billion property is now scheduled to launch in December this year.

James Packer – a partner in Nasdaq-listed Asian casino developer Melco Crown Entertainment Ltd, which has interests in the City of Dreams Manila casino resort in Manila – fell 162 places in the Forbes rankings, to 453rd from 291st last year. He is also an investor in Australian casino operator Crown Resorts Ltd

His estimated net wealth this year is US$3.5 billion, a 33 percent decline from the US$5.2 billion estimated last year.

Steve Wynn, chairman of Las Vegas-based Wynn Resorts Ltd and of Macau casino developer Wynn Macau Ltd, saw his wealth dip by nearly 30 percent to US$2.4 billion, from US$3.4 billion in 2015. His ranking slipped 210 places to 722nd, from 512th last year.

Pansy Ho, co-chairperson of Macau casino operator MGM China Holdings Ltd, saw her wealth down by 32 percent, to US$3.4 billion, from approximately US$5 billion last year. Her ranking dropped 168 places, to 477th, from 309th in 2015.

Lawrence Ho, co-chairman and chief executive of Melco Crown, saw his estimated fortune slip 40 percent to US$1.2 billion, from US$2 billion in 2015. His ranking slipped to 1,476th from 949th a year earlier.

Angela Leong On Kei, fourth consort of Stanley Ho and a director of Macau casino operator SJM Holdings, was recorded by Forbes as having a fortune of US$1.4 billion in the 2016 list, slipping from US$1.7 billion in 2015. Her ranking fell to number 1,275, from 1,118th place last year.

Some Macau casinos visited by GGRAsia on Thursday, actually had tables that were closed, notwithstanding strong consumer demand during Chinese New Year (CNY). The reasons for some tables being... END_OF_DOCUMENT_TOKEN_TO_BE_REPLACED