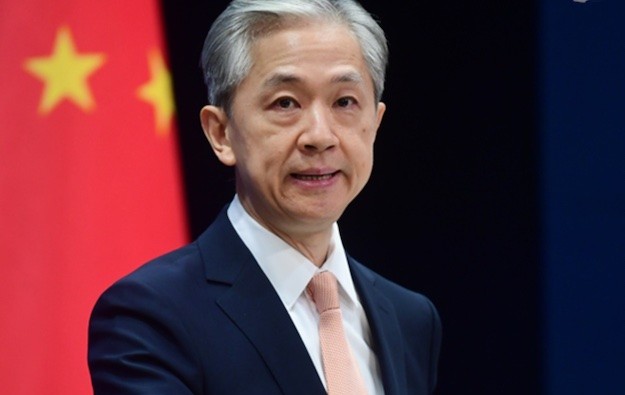 A spokesman from China’s Ministry of Foreign Affairs has issued a warning to those Chinese citizens who know they are suspected of involvement in cross-border gambling – whether via land-based casinos or online services – to “turn themselves in”, or face “harsh punishment”.

Wang Wenbin (pictured), made the comments on Tuesday at a regular briefing session with the media, in response to questions about Chinese businessman She Zhijiang, who was reportedly arrested by Thai police last week.

China considers any online gambling operation that either targets or serves Chinese consumers – regardless of whether it is based inside or outside China – as offering an “illegal” service. Those using such services or helping others to do so, are also liable to criminal penalties under Chinese law.

Mainland official Mr Wang remarked at Tuesday’s briefing in Beijing: “She Zhijiang was suspected of having committed the crime of ‘establishing casino’. The facts for that are clear, and evidence irrefutable. Interpol had also issued a red notice [on Mr She].”

Mr Wang added: “No matter what corner of the world a criminal suspect runs to, China will initiate law-enforcement cooperation with the relevant countries in order to bring the suspect to justice.”

He further stated: “Here, we warn the cross-border gambling crime suspects to stop their criminal acts; to return to the country; and turn themselves in so that they could still be granted lenient treatment.” If not, they would face “harsh punishment”.

Mr She has been linked in media reports to allegations of involvement in online gambling operations in Southeast Asia, and also of being the main backer of a multibillion U.S. dollar land-based casino, entertainment centre and industrial complex in Myanmar’s Karen State. He has evaded the Chinese authorities for almost a decade, reported Chinese financial media outlet Caixin, citing anonymous sources.

A number of government departments in China has issued statements in the past few years regarding crackdowns on citizens travelling overseas for casino play, or having involvement in online betting: referred to collectively as “cross-border gambling”. China’s amended criminal code outlaws anyone assisting others in such activity. It came into effect from March 1, 2021.