City of Dreams Macau offers hotel refunds up to Feb 29 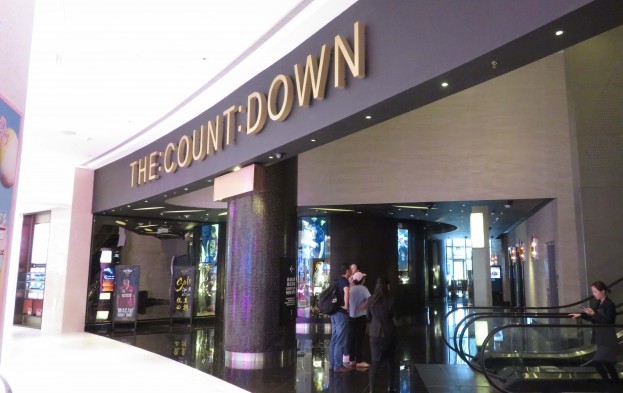 Two Macau casino resorts promoted by Melco Resorts and Entertainment Ltd – City of Dreams Macau and Studio City – have posted notices on their respective websites offering to reschedule or offer a no-penalty refund on any booking for their hotels from now until February 29 inclusive.

The City of Dreams notice also said all the Cotai resort’s entertainment facilities, 31 of its 38 food and drink outlets and many of its shops – including T Galleria by DFS – were closed “until further notice”. Studio City’s announcement said that all entertainment venues at the property were closed, and that several of the restaurants were either closed until further notice or on reduced operating hours. Both properties said additionally that their respective free shuttle bus services would be suspended from Saturday.

The two notices added such closure of services was to “curb the spread of the new strain of the coronavirus” that has been affecting communities across China. The announcements didn’t mention lack of customers as a factor. The Macau government had said that from midnight on Tuesday the city’s 41 casinos would be shuttering for a 15-day period – but not their associated hotels – as part of the effort to contain the coronavirus.

It emerged at a Macau government media briefing on Friday that a woman in her 40s from Taiwan – who has been diagnosed in Taiwan as having coronavirus infection – had been in Macau for a three-day trip starting from January 21, travelling with her three children aboard a Tigerair Taiwan flight from Kaoshiung.

The briefing heard she had stayed at Studio City – another Cotai property promoted by Melco Resorts – rode on its shuttles; and visited Wynn Palace; Wynn Macau; and the Venetian Macao during the trip.

An official at Friday’s briefing indicated the Macau health authorities could not ascertain if the woman had contracted the virus in Macau.

Telephone enquiries on Friday to the hotels at City of Dreams indicated Nuwa had been closed to guests since last week “until further notice,” as the property was “under renovation”.

The Countdown Hotel (pictured in a file photo) said it was only accepting bookings for stays after February 18. Macau’s casino closure step is due to stay in place until February 19 inclusive.

Morpheus and the Grant Hyatt Macau at City of Dreams indicated they were still accepting guests for the current period.

Calls that day to the hotels at MGM Macau and MGM Cotai, two properties promoted by MGM China Holdings Ltd, indicated they were only accepting new bookings for February 20 onwards, with further changes to that timetable “possible”.

It was mentioned that each property only had one restaurant open to the public – each with reduced operating hours.

MGM China said in a Friday press release it would “waive 15 days of basic rent” for the period February 5 to 19 for all MGM Macau and MGM Cotai retail tenants.

Galaxy Entertainment Group Ltd said that the hotels at its three properties – Galaxy Macau, StarWorld and Broadway Macau – were offering to reschedule or offer a no-penalty refund on any booking for February and in some cases until further notice. Several restaurants at its properties have also been closed and several entertainment facilities – including the UA Galaxy Cinema – have also suspended their operations.

Properties of Wynn Macau Ltd – Wynn Macau on the peninsula and Wynn Palace on Cotai – have also closed several of their respective entertainment facilities and restaurants. The company said people should contact the firm for enquiries regarding existing or future bookings.

The hotel at Sands Macao, a downtown casino hotel run by Sands China Ltd, flagged that it was only taking room reservations from February 20 onwards. The firm’s Venetian Macao Resort Hotel and the next-door Parisian Macao, two venues on Cotai, indicated they were accepting reservations for the current period, though indicated each property had limited catering and retail services.

The Friday afternoon Macau-government briefing on the city’s coronavirus situation heard that one more local hotel – Sofitel Macau at the Ponte 16 casino resort at the Inner Harbour district on Macau peninsula – was temporarily closing, adding to three casino hotels at Sands China-promoted Cotai properties that shut temporarily from Friday.

Hoffman Ma Ho Man, deputy chairman of Hong Kong-listed casino investor Success Universe Group Ltd – promoter of the Ponte 16 complex, told GGRAsia that the decision to close the hotel was “in line” with the casino closure. “It is fair to both operations [casino and hotel], as well as a decision based on the [current] market situation, avoiding staff going to work while worried,” he added.

Chan Lou, head of the licensing and inspection department of Macao Government Tourism Office, reiterated on Friday that all the closures had been commercial decisions by relevant managements, and that the firms involved “hope to resume their business as soon as possible”.

Comments on Wednesday by a senior executive at Sands China’s United States-based parent firm Las Vegas Sands Corp, had mentioned occupancy rates at Sands China hotels falling to as little as 5 percent in some instances recently.

It is likely that Macau will shortly have a third round of citywide centre-based Covid-19 testing in little more than a week, after the results so far of a second mass test – that was due to finish... END_OF_DOCUMENT_TOKEN_TO_BE_REPLACED