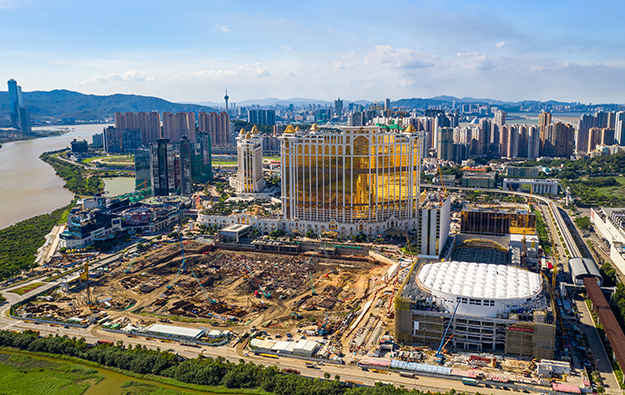 Macau casino-sector earnings before interest, taxation, depreciation and amortisation (EBITDA) could return to 2019 levels “as soon as” the fourth quarter of this year, “partly helped by the capacity expansion” linked either to new-to-market or enlarged or revamped Cotai projects due to launch this year, suggests China International Capital Corp (CICC) in a Monday report.

The market was likely to benefit this year from “capacity expansion through the Londoner [Macao], [Grand] Lisboa Palace, and Galaxy [Macau] Phase 3,” added the CICC team.

The Chinese financial institution estimated Macau’s 2020 gaming industry EBITDA to be negative by US$1.74 billion; but suggested EBITDA could turn positive to the tune of US$4.45 billion for 2021; and US$9.66 billion for 2022.

That group’s Londoner Macao – a Cotai resort revamped and rebranded from Sands Cotai Central – is due to have a formal first-phase launch on February 8.

In October it emerged that Sands China had launched across the road, the Four Seasons Hotel Macao’s new all-suite tower, with 289 rooms.

CICC suggested in its Monday report, that SJM Holdings’ HKD39-billion (US$5-billion) Grand Lisboa Palace – that firm’s first foray into the Cotai resort market – could launch “by phases” starting in the “first half of 2021”, with 900 hotel rooms as well as a casino.

The CICC team also expected Galaxy Entertainment to see completed a local-government inspection of Phase 3, located at its Galaxy Macau flagship (pictured in a file photo) by the first half of this year, with the facility launched in “third quarter 2021” in time for the so-called ‘Autumn Golden Week’ holiday period in China that encompasses the country’s National Day on October 1.

In November, other analysts had mentioned a likely second-half 2021 launch for Phase 3.

CICC observed that Galaxy Phase 3 would have non-gaming elements, including: a 500,000-square-foot (46,452-sq-metre), 16,000-seat arena; a Galaxy International Convention Center with 400,000 sq ft of meetings, incentives, conferences and exhibitions (MICE) space; a 650-seat auditorium; and two hotels with an aggregate of 1,500 rooms.

As of November 30, Macau’s available hotel room inventory was down 7.8 percent year-on-year, at circa 35,000, according to the city’s Statistics and Census Service, due to some local hotels being “used for medical observation”.

That was a reference to those people permitted to enter Macau from places other than most locations in mainland China, being required to undergo a period of quarantine in one among a number of hotels earmarked for the purpose.

The CICC analysts noted however, that in their view, an increase in new-room stock during 2021, could bring in a greater number of overnight visitors, which it thought should help spur growth of mass-market play in Macau.

The CICC analysts flagged that it make take until “2023/2024” for Macau’s annual GGR to return to the 2019 levels. But the team nevertheless expressed confidence in Macau gaming’s longer-term prospects.

The imminent return of package tours from mainland China will not only help boost Macau’s tourism businesses, but is also expected to help casinos gain more foot traffic in their mass gaming... END_OF_DOCUMENT_TOKEN_TO_BE_REPLACED