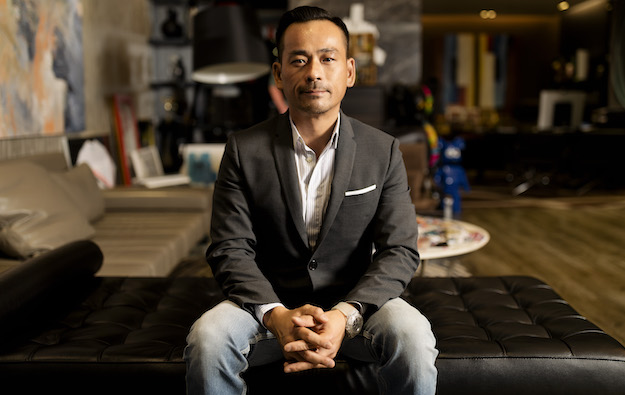 The Macau court handling the trial of Alvin Chau Cheok Wa and other defendants linked to the now-defunct Macau casino junket Suncity Group Ltd has decided that criminal and civil proceedings should run separately. That was in order to expedite the handling of the criminal allegations, according to a decision from the Court of First Instance.

The trial involving Mr Chau (pictured in a file photo) was scheduled to start on September 2. It was delayed to September 19, over the absence of a defendant.

The defendants are accused of running a criminal syndicate that has allegedly cheated the Macau government out of about HKD8.26 billion (US$1.05 billion) in tax revenue from 2013 to 2021, according to a copy of the indictment reviewed by GGRAsia.

The news of the court’s decision to separate criminal and civil proceedings regarding the case involving Mr Chau was first reported by the Portuguese-language channel of public broadcaster Radio Macau.

The court wrote in its decision: “We can foresee that claims for [non-criminal] compensation will seriously slow down the overall proceedings.”

The document highlighted that the case involving Mr Chau included a total of 21 defendants, seven of whom were under pre-trial detention, including Mr Chau. Under Macau’s legal system, criminal proceedings should be conducted in as timely a manner as possible, if involving defendants who have been held in detention prior to, and during, such a trial.

This particular process involved “more than 100 witnesses”, “70 volumes” of documents related to the main proceedings, and “almost 300 volumes” of attachments, added the court. It also mentioned a heavy workload, with the same trio of judges handling another high-profile case involving charges of corruption against former high-level officials of the city’s bureau for public works.

The court’s decision also expressed some criticism directed at “many lawyers” involved in the case involving Mr Chau, for “not displaying an attitude of sufficient cooperation” toward the court. “Many are still requesting further delays to the start of the trial,” it stated.

MGM China Holdings Ltd is also seeking damages, in an amount to be set by the court, from a group of more than 10 defendants, also including Mr Chau.

Mr Chau was detained in Macau on November on suspicion of facilitating illegal gambling overseas for Chinese customers. All of the junket brand’s VIP rooms in Macau were closed on December 1, 2021.

Macau’s casino gross gaming revenue (GGR) for the first five days of February is estimated at MOP1.9 billion (US$235.1 million) – or MOP380 million per day – a level that suggests a “45... END_OF_DOCUMENT_TOKEN_TO_BE_REPLACED