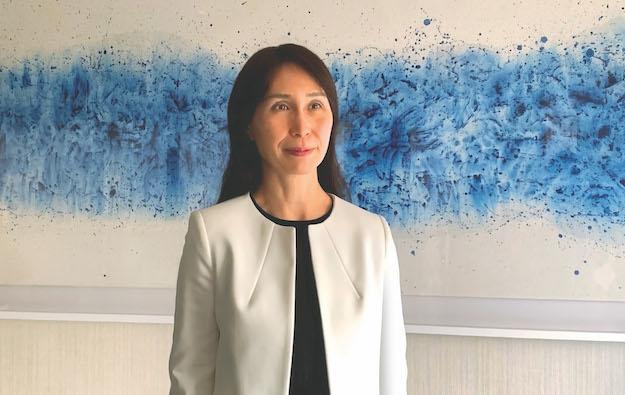 Daisy Ho Chiu Fung (pictured), managing director of SJM Resorts Ltd, an entity holding a current Macau gaming concession, has assumed the 10 percent stake in the company that was previously controlled by Angela Leong On Kei.

The ordinary shares of SJM Resorts are divided into two categories, namely ‘Type A’ and ‘Type B’, representing respectively a 90 percent and 10 percent equity interests in the company.

“The total consideration for the sale of 300,000 Type B shares of SJM Resorts SA was MOP1.00 [US$0.12],” according to information disclosed on Thursday by the parent company, to the Hong Kong Stock Exchange.

In August, it was announced that SJM Resorts had received the necessary approvals to increase its share capital to MOP5.0 billion (US$618.4 million) from MOP300 million, as part of the process to apply for a new concession under Macau’s gaming-related public tender.

As part of the capital increase, SJM Resorts is increasing the portion of its ‘Type B’ shares from 10 percent to 15 percent. Macau’s amended gaming law requires that at least “15 percent” of the gaming concession entity’s share capital has to be held by a “managing director” who is a Macau permanent resident.

Ms Ho is now the “official representative” of SJM Resorts and “is responsible for all formal business dealings and contacts” with the Macau government, as well as with the group’s subsidiaries and other entities, the firm added in last month’s announcement.

According to company records checked by GGRAsia, Ms Leong is still on the board of SJM Resorts. The same records show that – following the firm’s general assembly in March – her son, Arnaldo Ho Yau Heng, was replaced in SJM Resorts’ board by Eric Fok Kai Shan, son of Timothy Fok Tsun Ting. Mr Fok senior is chairman of SJM Resorts and co-chairman and executive director of SJM Holdings.