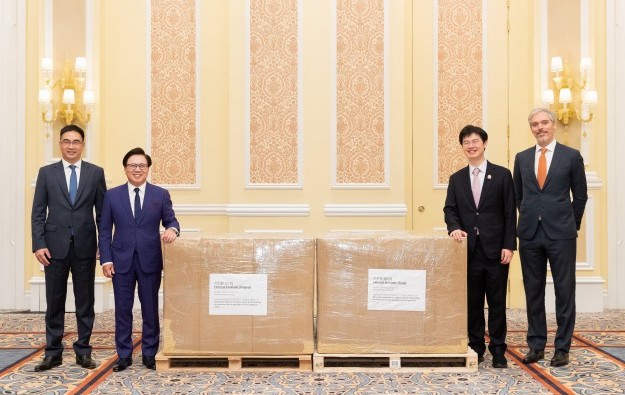 Mr Sun’s possible future role was mentioned in a joint press release issued by Las Vegas Sands and Sands China on Wednesday that announced the group’s proposal submission (pictured) – along with those of the other five incumbent Macau operators – for one of the up to six available concessions.

He has been Sands China’s CFO since 2017, and has been with the company since 2007, the Wednesday release stated.

Macau’s newly-promulgated gaming law requires that at least “15 percent” of a gaming concession-holding entity’s share capital has to be held by a “managing director” who is a Macau permanent resident. Any “temporary” or “definitive” replacement of a gaming concession’s managing director is subject to the authorisation of an incumbent Macau chief executive, the law states.

The latest announcement said that at parent level, Mr Chum would be responsible for “strategies directed at increasing foreign visitation” to the group’s Macau properties, and build “greater synergies” between the markets of Macau and Singapore. Las Vegas Sands invests in and operates the Marina Bay Sands gaming resort as part of Singapore’s casino duopoly.

Effort at creating such links between the parent’s Asia operations – should it gain fresh Macau rights – would especially relate to “live entertainment, MICE, luxury retail and other non-gaming lifestyle attractions”, the Wednesday release said. The initial reference was to meetings, incentives, conferences and exhibitions business, for which Sands China has extensive capacity at its Cotai resorts in Macau, and in Singapore.

“Over the next decade we hope to play a leading effort in helping Macau attract more tourists from more parts of the world and further its efforts to be recognised as a world centre of tourism and leisure,” said in Wednesday’s announcement Wilfred Wong Ying Wai (second left), president and an executive director of Sands China, echoing a Macau government policy aspiration.