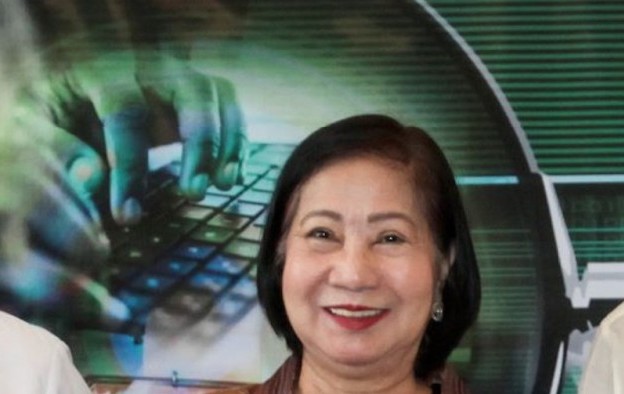 Andrea Domingo’s ability to balance pandemic countermeasures with maintenance of the Philippine casino industry’s revenues would be seen as a key achievement of her time in office heading the country’s gaming regulator, said several casino industry veterans in comments to GGRAsia.

The election of a new national president in the Philippines typically coincides with the appointment of a new head for the Philippine Amusement and Gaming Corp (Pagcor).

President Ferdinand Marcos Jr was sworn into office on June 30, and currently Ms Domingo (pictured), chairman and chief executive of Pagcor, remains in post. She was appointed by Mr Marcos’s predecessor, Rodrigo Duterte, after he took office in June 2016.

Pagcor recorded aggregate revenue of more than PHP300 billion (US$5.32 billion) under her six-year leadership, Ms Domingo had said in a June statement. The regulator, which also operates some gaming venues, raises money earmarked for the public purse from fees payable by gaming licensees and other contributions from the industry.

Pagcor reported net income of PHP624.7 million for the first three months of 2022. It compared with net income of around PHP152.6 million in the prior-year period.

Joe Pisano, chief executive of Jade Entertainment and Gaming Technologies Inc, referred to the opening up of online-games play for the domestic market – including via so-called Philippine Inshore Gaming Operator (PIGO) licences – as a key element in supporting the industry during the pandemic.

Jade Entertainment is a Manila-based provider of electronic gaming machines and other gaming technologies.

Mr Pisano told GGRAsia: “This allowed the local bricks and mortar properties to have business continuity during the pandemic period and has provided the properties with a disaster recovery plan for the future.”

He added: “This past Pagcor administration has been the most forward thinking in the Asia region and has provided a robust regulatory model for other jurisdictions.”

Mr Dagtas of Resorts World Manila said: “She increased the revenue” for and from the industry, “without increasing the operating expenses” of Pagcor.

“Revenue consistently grew year-on-year until the pandemic,” that started in 2020, he added, citing her work in this regard as an example of “good governance”.

An official news outlet, the Philippine News Agency, said in a story filed on July 2, citing the presidential palace, that President Marcos was “yet to name the new head” of Pagcor. The clarification was made following claims that lawyer George Erwin Garcia was tapped by Mr Marcos to lead the casino regulator.

Macau casino operator MGM China Holdings Ltd had a “record” market share in January, and its venues were the “highest-earning businesses” in the portfolio of the majority owner MGM Resorts... END_OF_DOCUMENT_TOKEN_TO_BE_REPLACED