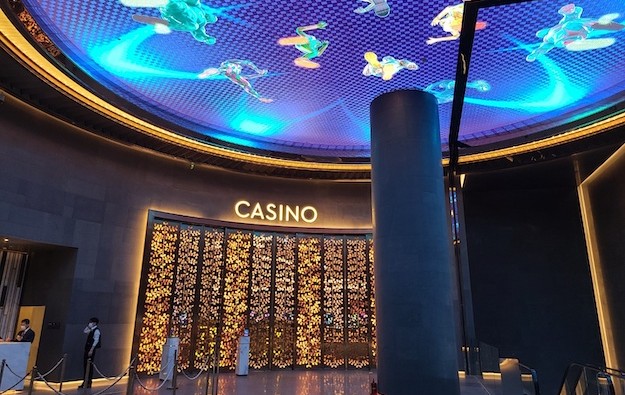 Nonetheless, second-quarter GGR was down 17.3 percent sequentially on the KRW18.5-billion tally for the first three months of the year, showed the latest data from the resort’s promoter, Lotte Tour Development Co Ltd.

The venue’s second-quarter revenue across its three operating segments – the casino (pictured), hotel and retail – totalled KRW52.1 billion, up to 27.1 percent sequentially on the first quarter’s KRW41.0 billion.

The hotel department’s sales revenue in the second quarter, including from hotel rooms, and food and beverage services, was approximately KRW34.0 billion, up 23.6 percent from the first quarter’s KRW27.5 billion.

The retail segment’s sales revenue in the second quarter was approximately KRW2.8 billion, up 133.3 percent relative to the KRW1.2 billion in the first three months of the year.

The firm stated in a Thursday release, it had raised its forecast for consolidated third-quarter sales, to KRW90.0 billion, which if achieved, would be nearly 73.0 percent up from the second quarter. The company estimated its casino GGR would be KRW36.0 billion for the third quarter. If Jeju Dream Tower reaches the target, it would be a rise of 135.3 percent relative to the second quarter.

A visa-free entry scheme to Jeju island – for holders of certain passports, including China’s, – restarted on June 1, after being paused for more than two years, due to the Covid-19 pandemic.

Some Macau casinos visited by GGRAsia on Thursday, actually had tables that were closed, notwithstanding strong consumer demand during Chinese New Year (CNY). The reasons for some tables being... END_OF_DOCUMENT_TOKEN_TO_BE_REPLACED