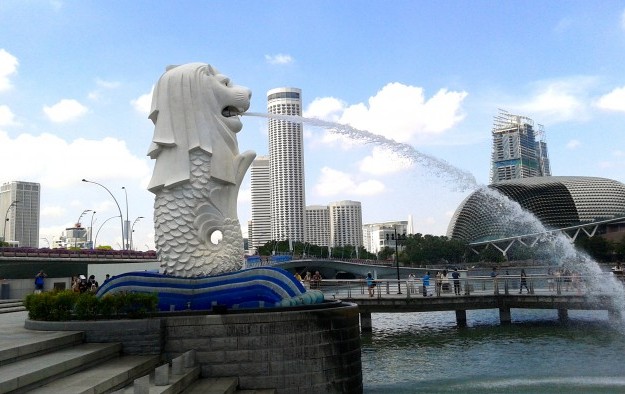 Hong Kong-listed Dynam Japan Holdings Co Ltd says Singapore regulatory approval is being sought for a series of casino video slot machine products it has been involved in developing. Macau-approved units of the series, which feature a “pachinko game concept” have already been installed in two casinos in Macau.

The seeking of Singapore approval was mentioned by management at a Hong Kong briefing by Dynam Japan, following the Thursday announcement of its annual results and an update mostly about the impact of Covid-19 on its core pachinko parlour operation in Japan.

The games Dynam Japan hopes to see approved for the Singapore casino market are: “Fortune Frogs”; “Fortune Frogs in Mid-Autumn”; and “Double Frogs”, according to information it presented on Thursday. The titles had been installed at the Legend Palace casino in Macau in November last year. Such products were also introduced to the gaming floor at the Ponte 16 casino hotel in January this year.

The casino video slot machine series was developed by Dynam Japan with Singapore-based Weike Gaming Technology (S) Ptd Ltd, which is itself a recognised gaming machine manufacturer for the Singapore market. An executive of Weike had mentioned to GGRAsia during last year’s Global Gaming Expo (G2E) Asia that the Fortune Frogs product line was being targeted at “well-regulated markets”, including Singapore.

Gaming operations at the city-state’s two casino properties – Marina Bay Sands, run by a unit of United States-based Las Vegas Sands Corp, and Resorts World Sentosa, run by Genting Singapore Ltd – have been closed since April 7 to counter the local spread of Covid-19. Last week Singapore’s Casino Regulatory Authority confirmed to GGRAsia that the casinos would stay shuttered beyond June 1.

On Thursday Hisao Katsuta, an executive officer at Dynam Japan, said his firm was still looking to register a profit for its current fiscal year ending March 31, 2021 with improved trading in the fiscal second half. That was despite the negative impact on the firm’s domestic pachinko hall business from the time Japan imposed in April a national state of emergency in response to the Covid-19 threat.

The last places to come out of emergency measures in Japan – a country trying to start its own casino industry and looking to Singapore and other well-regulated markets for a lead in how to do it – were Tokyo and Hokkaido, on May 25.

Dynam Japan had neither laid off any of its 16,000 staff nor planned to do so in response to the Covid-19 crisis, stated Mr Katsuta.

Macau mass-market casino gross gaming revenue (GGR) for the recent Chinese New Year (CNY) holidays could have recovered to at least 60 percent of that for the 2019 break, when the festivities were in... END_OF_DOCUMENT_TOKEN_TO_BE_REPLACED