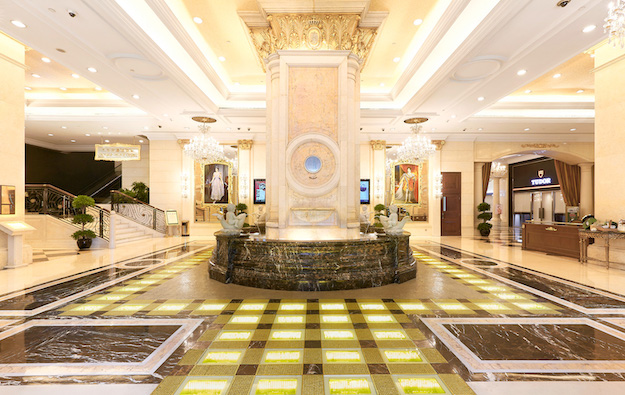 A jump in gaming revenue – particularly from mass gaming – allowed Emperor Entertainment Hotel Ltd, operator of Macau casino venue the Grand Emperor Hotel (pictured), to reduce its loss for the six months ended September 30, 2021 as compared to the prior-year period.

The firm reported a net loss just below HKD84.0 million (US$10.8 million) for the period between April and September this year. That compares with a net loss of HKD141.8 million in the prior-year period, according to a Thursday filing to the Hong Kong Stock Exchange.

Emperor Entertainment operates a second hotel in Macau, called Inn Hotel, but that property does not have gaming facilities. The group is also engaged in hotel operations and the lease of serviced apartments in Hong Kong.

The board of Emperor Entertainment said on Thursday it declared an interim dividend of HKD0.015 per share for the period, similar to the comparable period in 2020. It will be payable on December 23, to registered shareholders as of December 14.

The company said its revenue in the six months to September 30 more than doubled year-on-year, to nearly HKD223.4 million. That was because of a 193.1-percent jump in gaming revenue at the downtown Macau property during the reporting period, to HKD149.7 million, stated the company.

The casino at the the Grand Emperor Hotel runs as a satellite under a so-called services agreement with Macau gaming licensee SJM Holdings Ltd. The venue featured 67 mass-market gaming tables and 10 VIP tables, and had capacity for 180 slot-machine seats, as of September 30, 2021.

“Supported by a gradual recovery of the gaming market in Macau,” revenue from the Grand Emperor Hotel’s mass market hall increased by 191.9 percent in year-on-year terms during the period, to HKD108.6 million, contributing 72.5 percent of the group’s total gaming revenue.

Revenue from Emperor Entertainment’s self-managed VIP room increased by 426.7 percent from the prior-year period to HKD31.6 million in the six months ended September 30.

“Though there were a few sporadic Covid-19 outbreaks in Macau and mainland China during the reporting period, visitation to Macau has been picking up and entertainment and consumption sentiments have improved,” said Emperor Entertainment.

Grand Emperor Hotel was under a two-week lockdown in October, after investigation by the Macau health authorities confirmed a Covid-19 case had stayed at the property.

Looking ahead, Emperor Entertainment stated that, “as soon as [Covid-19-related] travel restrictions and health quarantine measures across borders within the Guangdong-Hong Kong-Macau Greater Bay Area are eased, the group expects that visitation and spending will rebound afterwards, resulting in a boost to the tourism industry in Macau and Hong Kong altogether.”

Former Macau junket operator Suncity Group had no commercial need to seek illicit gains from under-the-table betting via the “multiplier”, as the company had a huge gaming business... END_OF_DOCUMENT_TOKEN_TO_BE_REPLACED