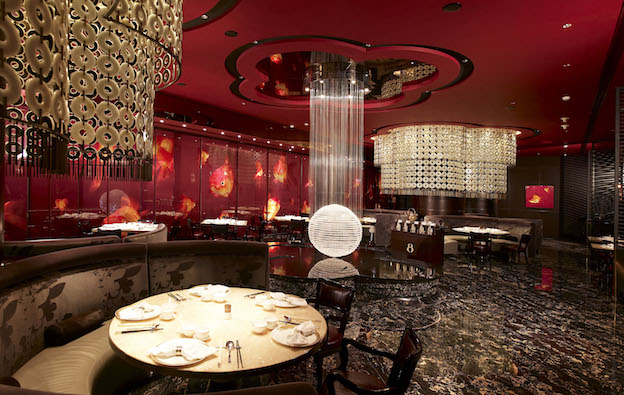 The number of Michelin-starred restaurants based at Macau casino resorts has declined in the 2021 edition of the “Michelin Guide Hong Kong Macau”. The new edition of the guide was announced on Wednesday.

The new rundown features 18 restaurants in Macau, down from 20 in the previous year. All the still-listed eateries are located inside a casino hotel or resort.

Missing from the 2021 list of two-starred venues is The Tasting Room, a French contemporary restaurant at City of Dreams Macau. In May, Melco Resorts closed that eatery linked to the revamp of Nüwa, a hotel at the City of Dreams complex.

In November, Wynn Macau Ltd confirmed to GGRAsia that Golden Flower had been “temporarily closed during the pandemic period,” and would reopen “when visitor volumes are more normalised”. On Wednesday, a notice on the restaurant’s website said the venue was “currently closed until further notice.”

The Golden Peacock venue is currently “closed until further notice,” according to its website.

Dropped from this year’s one-star rating list were Shinji by Kanesaka, a Japanese sushi restaurant at City of Dreams that was also closed because of the renovation of the Nüwa hotel tower; and King, a Cantonese-style establishment in the AIA Tower in downtown Macau.

Some Macau casinos visited by GGRAsia on Thursday, actually had tables that were closed, notwithstanding strong consumer demand during Chinese New Year (CNY). The reasons for some tables being... END_OF_DOCUMENT_TOKEN_TO_BE_REPLACED