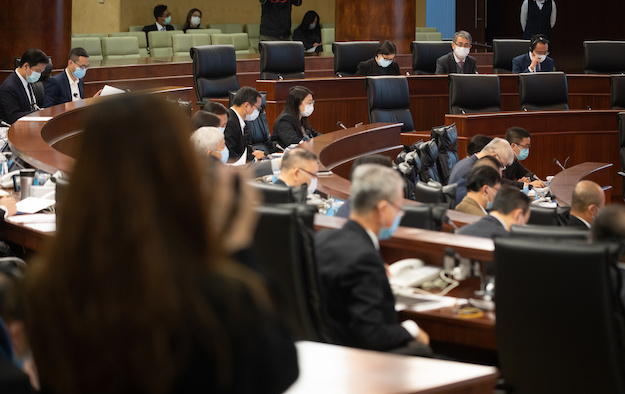 Macau’s Legislative Assembly (pictured) is scheduled to hold today (Monday, January 24) a first-reading debate and vote on a government-backed bill to amend the city’s gaming law.

The bill will after the first-reading vote be sent to a sub-committee. It will consider it further and possibly make recommendations for revisions, before a second and final reading and vote at a further plenary session of the local assembly.

The whole process might not be completed by the time the six current casino concessions expire on June 26 this year, said the city’s Secretary for Administration and Justice, André Cheong Weng Chon, in comments to the media on January 14, at the time a summary of the bill was released.

Were that to be the case, the Macau government would consider an extension of the existing concessions, as permitted under the current gaming law, to give legislators more time to discuss the bill, said Mr Cheong.

The draft law says that up to six new concessions will be permitted, with a maximum term of 10 years, with a three-year extension possible under certain circumstances.

The Macau government has also proposed in its bill a formal cap on the number of casino tables and gaming machines in the local market, a minimum annual target of casino gross gaming revenue (GGR) that the city’s six operators will have to meet, and tighter controls on junkets.

Macau recorded 965 “gaming-related” crimes in full-year 2022, down 29.7 percent on the 1,372 identified in the previous year, according to the latest statistics published on Tuesday by... END_OF_DOCUMENT_TOKEN_TO_BE_REPLACED