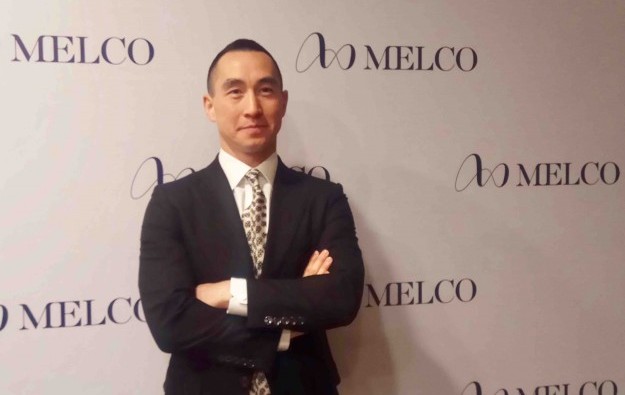 Lawrence Ho Yau Lung (pictured in a file photo), chairman and chief executive of casino operator Melco Resorts and Entertainment Ltd, says the group remains “committed to exploring opportunities to develop the world’s best integrated resort in Japan,” despite its key target, the Japanese metropolis of Yokohama, voting into office last month an anti-casino mayor who has decided to scrap the city’s casino policy.

Large-scale casino complexes with associated tourism facilities are known in Japan as integrated resorts or “IRs”. Melco Resorts operates casinos in Macau, one in the Philippines, and several in the Republic of Cyprus.

Mr Ho confirmed in a Monday press release that the group was discontinuing its Yokohama effort. The city’s IR promotion office is due formally to be scrapped, on October 1.

Referring to the city’s fresh civic leader, Takeharu Yamanaka, Mr Ho was cited as saying: “The new mayor, having campaigned on an anti-IR platform, has now closed the door on the process we engaged in with our partners.”

“While we are disappointed, we are grateful for the friendships that we have formed throughout the process and express our sincere gratitude to the people and government of Yokohama, as well as our business and community partners, for their tremendous support,” he stated.

Mr Ho added: “Melco has been working on the ground in Japan for over a decade. We firmly believe in the country’s long-term potential and remain committed to exploring opportunities to develop the world’s best integrated resort in Japan.”

The CEO said the firm would be closing its Yokohama office, “while maintaining a representative office in Tokyo.”

Tokyo itself has not yet declared whether it will seek to host a casino under Japan’s liberalisation policy. In July municipal elections in Tokyo, anti-IR parties gained some ground.

Under the current policy timetable, April 28, 2022 is the deadline for local authorities to submit their respective casino resort plans to Japan’s national government. Up to three resorts will be permitted under the liberalisation plan.

Melco Resorts boss Mr Ho was quoted in Monday’s statement as saying its proposed Yokohama scheme reflected the “unique characteristics and culture of Yokohama,” and would have “put the city on the global stage of tourism”. He also said the scheme had been focused on the “Asian premium segment”.

Genting Singapore Ltd, operator of the Resorts World Sentosa casino complex in Singapore, was a rival suitor for Yokohama, in partnership with Japanese entertainment conglomerate Sega Sammy Holdings Inc. Genting Singapore had, along with Sega Sammy, confirmed in recent days the intention to discontinue effort in Yokohama in light of the change in local public policy.

Some Macau casinos visited by GGRAsia on Thursday, actually had tables that were closed, notwithstanding strong consumer demand during Chinese New Year (CNY). The reasons for some tables being... END_OF_DOCUMENT_TOKEN_TO_BE_REPLACED