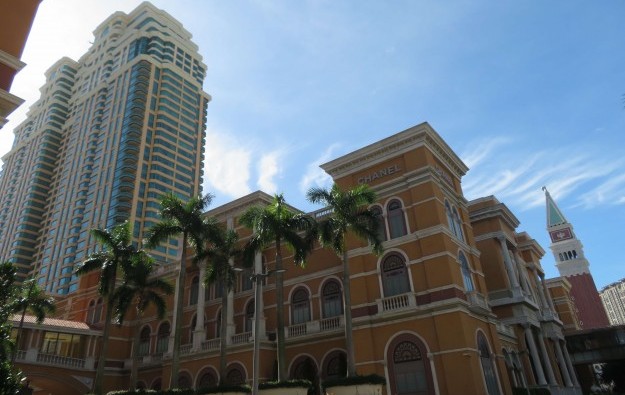 All outlets at the Shoppes at Four Seasons, a mall in one of casino operator Sands China Ltd’s Cotai properties (pictured), have been shut temporarily amid an alert over “at least” 40 Covid-19 infections identified among some workers associated with the site.

Some of the affected people – said to include sales staff, cleaners, and security staff – had then passed the infection on to other people at their home or lodgings, said senior Health Bureau official, Leong Iek Hou.

She was speaking at Monday’s press conference of the Novel Coronavirus Response and Coordination Centre.

Subsequent to the briefing, the Health Bureau issued a statement to the media saying “at least 40 people” associated with the first floor of the Shoppes at Four Seasons had been found to be infected with Covid-19. It added the people were linked to several retail outlets. As a consequence, the bureau had moved to adopt preventive measures.

During Monday afternoon’s briefing, Ms Leong had said a request for closure for some of the shops inside the mall had been made to the “property owner”, but did not identify the owner by name.

On Monday afternoon, The Four Seasons Macao Hotel’s website indicated all shops in the venue were “temporarily closed,” but didn’t say since when.

Sands China issued a general statement in an emailed reply on Monday evening to GGRAsia’s enquiry on the matter. It said: “In response to the information released at today’s press conference – about Shoppes at Four Seasons – by the Macau SAR government, Sands China Ltd reiterates that the company is continuing to closely follow the epidemic prevention guidelines of the Macau Health Bureau.”

The firm added, referring secondly to the city’s casino regulator: “Since the onset of the pandemic, Sands China has proactively complied with all related Health Bureau and Gaming Inspection and Coordination Bureau (DICJ) guidelines, and will continue to do so, in order to safeguard the health and safety of team members and guests.”

The number of confirmed cases citywide in Macau’s latest outbreak had risen to 852 as of midnight on Sunday, and the city recorded its first two deaths associated with the disease.

The imminent return of package tours from mainland China will not only help boost Macau’s tourism businesses, but is also expected to help casinos gain more foot traffic in their mass gaming... END_OF_DOCUMENT_TOKEN_TO_BE_REPLACED