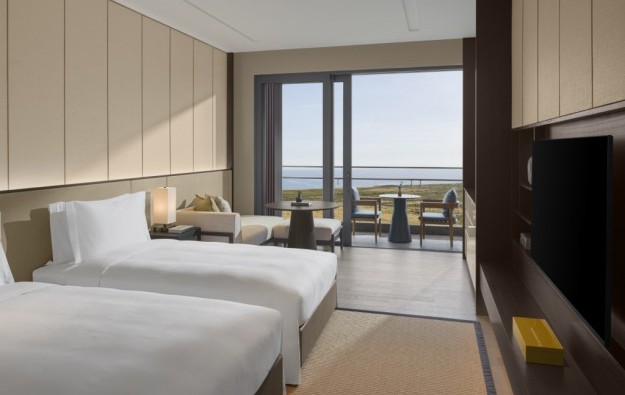 The Hoiana resort in Vietnam, which has a foreigner-only casino, opened a fresh hotel facility on Friday (July 1), called New World Hoiana Hotel, according to a social media post by the complex.

The additional accommodation offers 476 rooms (example pictured), according to corporate materials on the Hoiana website. New World Hotels and Resorts is one of the hospitality brands managed by Rosewood Hotel Group, a private-held business based in Hong Kong.

GGRAsia approached Hoiana – based at Hoi An on Vietnam’s central coast – seeking more information regarding the launch of the New World Hoiana Hotel, but had not received a reply by the time this story went online.

According to the Hoiana’s official website, an initial hotel – Hoiana Hotel & Suites – has over 140 suites.

Two other hotels linked to hospitality brands managed by Rosewood Hotel Group, and earmarked to be part of the Hoiana casino resort complex – KHOS Hoiana and Rosewood Hoi An – are yet to open, according to Hoiana’s official website. An intention to open the hotel accommdation on a phased basis had been mentioned previously.

Hoiana had an “accumulated loss” amounting to VND5.67 trillion (US$242.7 million at current exchange rates) as of January this year, reported in late April the Vietnam Investment Review, citing a document generated by Quang Nam province, the place where the property is based.