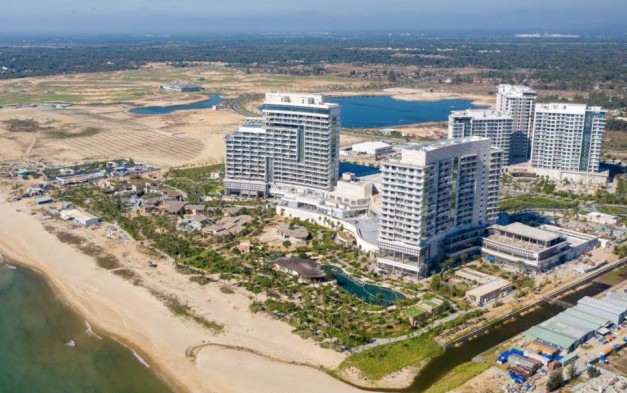 The Hoiana casino resort complex (pictured) in Hoi An, Vietnam, had an “accumulated loss” amounting to VND5.67 trillion (US$248.1 million) as of January this year, reported the Vietnam Investment Review, citing a document generated by Quang Nam province, the place where the property is based.

Suncity Group Holdings Ltd, a Hong Kong-listed firm that has an approximately 34-percent stake in Hoiana, had said in a March filing on its 2021 results, that its share of loss on Hoiana was about HKD438.0 million (US$55.8 million).

Other investors in Hoiana – which has previously been described as being a US$4-billion scheme once all phases are completed – are Vietnamese asset manager VinaCapital Group, with 32 percent, and Hong Kong-based VMS Asset Management Ltd, with 34 percent.

The property – with a casino available only to foreigners – had a preview opening that began in June 2020, amid pandemic-related restrictions on inbound tourism to Vietnam.

Hoiana had been identified by some casino industry commentators at the time of its planning and development, as likely to appeal to Chinese high rollers.

Suncity Group Holdings said in its annual results filed on March 30, that in future it would be focusing not on Chinese gambling customers but on “the rise of the mega-rich and middle-class customers in South Korea, Japan, Singapore, Thailand, Malaysia, the Philippines etc.”

The firm said they were the “fundamentals of demand for high-quality integrated resorts with a localised theme in Asia”.

Mainland China has been having a well-flagged crackdown on cross-border gambling.

In October, Hoiana’s on-site management had confirmed to GGRAsia that the property was taking part in a “vaccine passport programme” for jabbed foreign visitors, which would enable them to holiday at the property.

Since then, Vietnam has been one of a number of Southeast Asian countries further relaxing inbound travel rules for tourists, according to local media reports, with Vietnam saying it was “fully reopening” its border to foreigners, with effect from March 15.