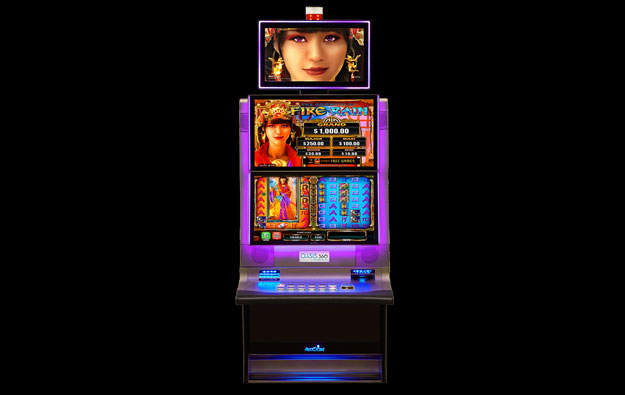 Aristocrat Technologies Inc – a U.S.-based unit of Australian gaming equipment maker Aristocrat Leisure Ltd – has announced its product line up for Global Gaming Expo 2014, held at the Sands Expo and Convention Center in Las Vegas, Nevada, from September 30 to October 2.

Among the innovations will be developments to Aristocrat’s Oasis 360 casino management system – which the firm says is the North American casino market’s “most widely” used such product.

The company says the new Oasis products are being made available to all North American casinos, including existing Oasis 360 customers and those who use other systems.

In addition to what it describes as its “ground breaking” new features for its systems, the company will present nearly 200 new games, along with several new cabinets. One of the new games to be showcased at G2E is ‘The Romance of Fire and Rain’ (pictured).

“This is one of the most exciting times in Aristocrat’s 61-year history,” said Aristocrat’s chief product officer, Rich Schneider, in a prepared statement.

“A series of targeted acquisitions, investments in cutting edge hardware, technology and high-profile licenses, plus market leading creative talent will all come together at G2E 2014,” he added.

Aristocrat Technologies is at booth #1141.