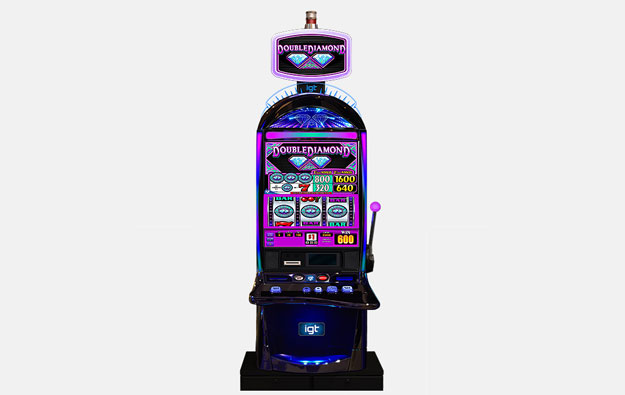 The company says the S3000 cabinet (pictured) builds upon the success of IGT’s S2000 cabinet.

It integrates stepper-style classic three-reel games and five-reel multi-line games, meaning the S3000 provides “a customisable light and sound spectacle that enables operators to sync an entire bank of machines,” says the firm.

A collection of new and well-established themes including Double Diamond, Double Gold, Wild Cherry, Super Times Pay and more will be offered at launch.

“We’re as focused as ever on propelling our industry leadership as only IGT can, and G2E provides the perfect time and place for us to make a strong statement about innovation that matters,” said Patti Hart, IGT’s chief executive, in a prepared statement.

IGT will also mark a licensing deal bringing another 10 years of slot games based on the popular quiz show Wheel of Fortune.

A new gamed called ‘Wheel of Fortune Jackpot Paradise’ will be available on IGT’s CrystalCore cabinet.

Wheel of Fortune is also available on IGT’s online platform – DoubleDown Casino – for social gaming via mobile platforms or a computer desktop, with what the company says are graphics, mathematics models and mechanics faithful to the casino games.