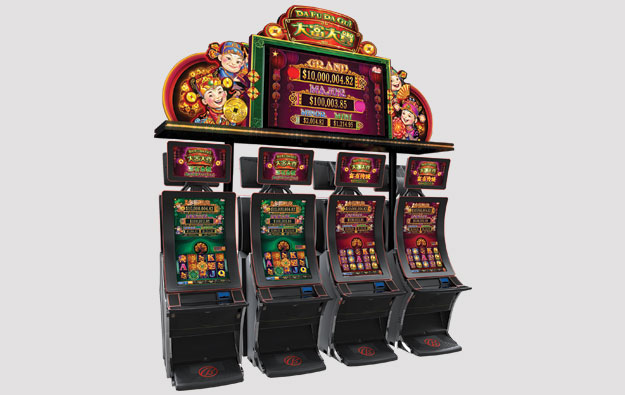 At G2E Asia 2015, Scientific Games Corp says it will exhibit under the slogan ‘Stronger Together’ after bringing the Bally Technologies, Shuffle Master and WMS brands under one ownership.

Scientific Games says it now offers an “unmatched” diversity of casino games and systems. More than 80 such products will be on display at G2E Asia.

The firm will display a line-up of Bally-brand games on the Pro Series and Equinox cabinets that it says will appeal to players in the Asia-Pacific market.

The firm says the new product offers players the anticipation of big wins with its Double Luck jackpot feature. When players reveal three Double Luck coins during the jackpot feature, they win the current jackpot amount, plus the startup amount of the winning jackpot level.

Also highlighted on the award-winning Pro Wave will be ‘Fine Diamonds’ and ‘Striking Stars’ – two titles on a progressive link called ‘Jackpot Vault’ – and the ‘Action Bank’ titles ‘Triple Blazing 7s On the Double’ and ‘Black Gold On the Double’. These games introduce the Action Bank feature that awards one of four bonuses, including a feature with five progressive jackpots.

Scientific Games will additionally showcase Shuffle Master table game products it says are designed to create exciting experiences for players and a strong return-on-investment for operators. Prominently featured products will include several electronic table products such as Tablemaster Fusion and i-Table Roulette. The latter is said to combine the excitement of traditional roulette with all bets and pays made electronically and delivered by a customisable number of remote betting terminals.

The Tablemaster Fusion platform is said to translate the excitement of live table gaming to a fully electronic platform. It features a 72-inch high-definition LCD showing virtual dealers, widescreen player terminals with touchscreen betting, enhanced graphics and multiple side bets. At the show, Tablemaster Fusion will feature the Chinese version of ‘Ultimate Texas Hold’em’ with a Mandarin-speaking dealer.

‘Fortune 7 Baccarat’ will head a lineup of proprietary table games including ‘Free Bet Blackjack’ with the ‘Blazing 7s Progressive’ and ‘Pot of Gold’ side bet, ‘Ultimate Texas Hold’em’, ‘DJ Wild Poker’ and ‘Three Card Poker’. Fortune 7 Baccarat is a commission-free baccarat game featuring two optional side bets: Fortune 7 and One Up.

The Safe-Bacc system is a new product that combines a shuffler and card reading shoe into one device to increase game speed and improve security on baccarat tables. It will be a highlight of the utilities segment of the show.

Also on display will be the next-generation i-Deal Plus with improved card reading and reliability, a front-mounted display, onboard printer and safety card option; the one2six Plus continuous shuffler for multi-deck games; the ChipStar roulette chip sorter; and the i-Score Plus baccarat viewer.

Casino operators can additionally learn how to generate thrills across their gaming floor with the award-winning Elite Bonusing Suite. The product, when combined with iView Display Manager, enables the targeted award of player bonuses.

Scientific Games is at stand 473.