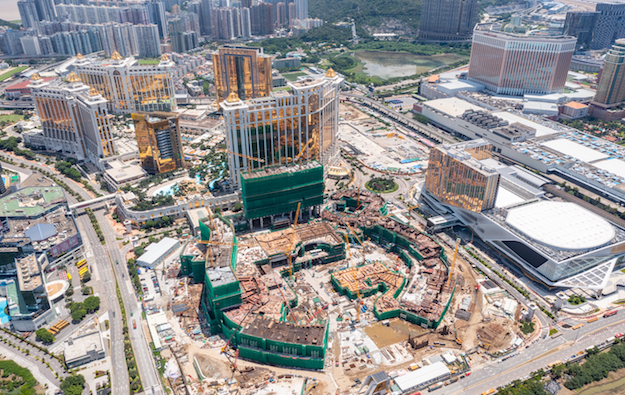 The firm gave the information in an announcement, filed with the Hong Kong Stock Exchange on Thursday.

The group’s second-quarter adjusted earnings before interest, taxation, depreciation and amortisation (EBITDA) were a negative HKD384 million. The result compared with positive EBITDA of HKD1.13 billion a year earlier.

The company had posted positive EBITDA of HKD575 million for the first three months of 2022.

Galaxy Entertainment reported net revenue of HKD6.52 billion for the first half of 2022, down 38.8 percent year-on-year. The casino operator had a net loss of HKD850.5 million for the period, versus profit of HKD947.1 million in opening six months of 2021.

“While this was actually better than feared… this – ‘even Galaxy’ making losses – shows how difficult the business environment [in Macau] was in the second quarter, which still continues into third quarter to date (which will very likely be loss-making quarter for every operator, again),” stated analysts DS Kim and Livy Lyu.

Casinos in Macau continued to operate in the second quarter in a low-revenue environment amid Covid-19 alerts and outbreaks either in Macau or mainland China. Since the onset of the pandemic, mainland China has been the only place to have a largely-quarantine free travel arrangement with Macau.

A community outbreak of Covid-19 in Macau, which started on June 18 and took more than a month for the authorities to bring under control, saw a 12-day shutdown in July of the city’s casinos as a precaution.

Galaxy Entertainment’s chairman, Lui Che Woo, noted in remarks included in Thursday’s filing that “a number of cities across China experienced travel restrictions for a significant part of the first half of 2022”, as counter-measures against the spread of Covid-19.

He added the “restrictions on inter-provincial travel” had affected vistor volume to Macau, “and in turn adversely impacted both revenue and profitability”.

Mr Lui also confirmed that Galaxy Entertainment was currently working on a bid for the public tender for fresh Macau gaming rights. One of the requirements set by the tender is for Macau’s next generation of casino concessionaires to meet the Macau government’s expectations on diversifying the offer of non-gaming products.

Mr Lui stated that Galaxy Entertainment’s management was confident in being able to get its gaming rights extended beyond the current concession, set to expire at the end of year.

“We are well positioned to compete for one of Macau’s gaming concessions, given our track record of introducing innovative non-gaming elements into our resorts, our strong operational history, significant investment into Macau’s economy and our substantial corporate social responsability efforts including supporting small- and medium-sized enterprises,” said Mr Lui.

At Galaxy Macau, total second-quarter net revenue was HKD1.44 billion, down 62.3 percent in year-on-year terms, and also a significant decline from the HKD3.08 billion in the three months to March 31.

Adjusted EBITDA at Galaxy Macau was negative in the second quarter, to the tune of HKD188 million. That compared to positive EBITDA of HKD924 million a year earlier, and HKD724 million in the first quarter of this year.

The property recorded net gaming revenue of less than HKD1.02 billion in the three months ended June 30, down 67.0 percent in year-on-year terms, and a sequential decline of 59.4 percent.

The firm said the group’s balance sheet remained “liquid and healthy”. As of June 30, cash and liquid investments amounted to HKD29.0 billion and the group’s net cash was HKD20.3 billion.

In the latest filing, the company again did not provide an opening timetable for Phase 3 of Galaxy Macau, which is said to be ready. Galaxy Entertainment reiterated commentary mentioned in previous quarterly or half-year updates: that its launch would be tied to “prevailing market conditions”.

The document added: “We are now firmly focused on the development of Phase 4, which is already well under way.”

Galaxy Macau’s Phase 3 and 4 combined will provide approximately “3,000 high-end and family rooms and villas”, and a 16,000-seat, multipurpose arena. There will also be space for meetings, incentives, conferences and exhibitions (MICE) business, food and drink outlets, and shops, as well as casino facilities, according to the firm’s latest results filing.

Galaxy Entertainment also confirmed in the filing that that two of its City Clubs – President Casino and Rio Casino, both in Macau’s downtown district – had ceased operations in June. That was with “the aim to optimise the company’s operational scale”, the document said.

The casinos were run under respective service agreements with Galaxy Entertainment.

“All gaming related staff have been reassigned to our other properties,” added the firm.

The company did not declare an interim dividend for the first half of 2022. It also had not done so in the prior-year period.

In February this year, Galaxy Entertainment declared a special dividend of HKD0.30 per share. It amounted to a total expense of HKD1.31 billion, and was paid in April.