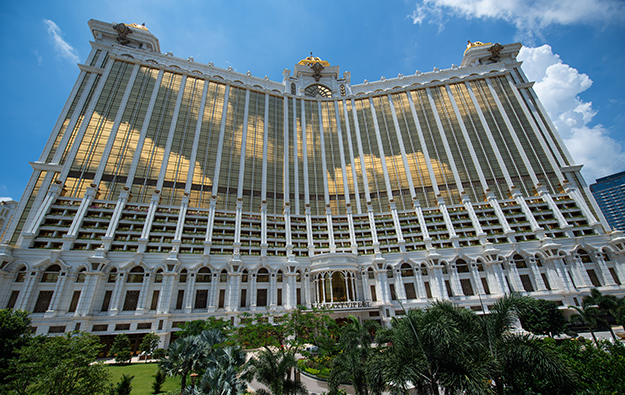 Revenue for the period was HKD5.07 billion, up 0.5 percent from a year earlier, but flat from the fourth quarter of 2020. Net gaming revenue decreased 4.7 percent year-on-year, to nearly HKD3.86 billion. The figure was up 5.6 percent sequentially.

The numbers were given in a summary filed with the Hong Kong Stock Exchange.

Lui Che Woo, chairman and founder of Galaxy Entertainment, said in prepared remarks that the group was “pleased” with the EBITDA outcome in the first three months of 2021.

He added: “From the later part of 2020 and continuing into 2021, we started to see some easing of restrictions relating to Covid-19. As a result, Macau has experienced a gradual increase in visitor arrivals which has translated into increased revenue.”

Galaxy Entertainment said in its latest filing that the group’s debt stood at HKD8.8 billion as of March 31. Cash and liquid investments amounted to HKD42.4 billion, with net cash of HKD33.6 billion.

Galaxy Entertainment said on Thursday that VIP rolling chip turnover fell 30.7 percent year-on-year in the three months to March 31. Such turnover group-wide was just above HKD47.24 billion, compared to nearly HKD68.17 billion in first-quarter 2020. The figure was up 7.6 percent from the final quarter of 2020.

The casino group’s first-quarter 2021 mass table “drop” – the amount of cash wagered at mass tables and cash chips purchased at the casino cage for such games – rose by 3.5 percent year-on-year, to HKD11.59 billion. It was down 3.8 percent sequentially.

First-quarter electronic gaming volume stood at nearly HKD7.12 billion, down 41.1 percent from a year earlier, and 2.9 percent from the preceding quarter.

The Galaxy Macau property is the primary contributor to the group’s revenue and earnings.

The Cotai venue’s first-quarter net revenue was HKD3.42 billion, down 3.0 percent from a year ago, but up 3.0 percent quarter-on-quarter. The property’s adjusted EBITDA was HKD764 million, up 132.2 percent year-on-year and 3.8 percent sequentially.

Galaxy Entertainment said in its commentary on the quarterly numbers that it continued with development work for Phases 3 and 4 of Galaxy Macau, but that schedules for completion could be affected.

In March, the company said it had signed an agreement with Hospitality group Accor SA to open an all-suite Raffles-branded hotel at Galaxy Macau.

At the time, Galaxy Entertainment said the 450-suite hotel was scheduled to open in the second half of 2021. In Thursday’s announcement, the casino firm said it was targeting to open the Raffles at Galaxy Macau “in the later part of 2021 or early 2022.”

Some Macau casinos visited by GGRAsia on Thursday, actually had tables that were closed, notwithstanding strong consumer demand during Chinese New Year (CNY). The reasons for some tables being... END_OF_DOCUMENT_TOKEN_TO_BE_REPLACED