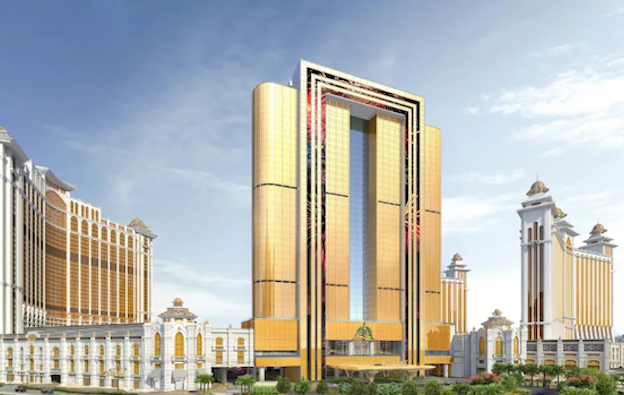 Hospitality group Accor SA announced on Monday that it has signed an agreement to open an all-suite Raffles-branded hotel at integrated resort Galaxy Macau, the flagship property of Macau casino operator Galaxy Entertainment Group Ltd. The new facility, referred to as “Raffles at Galaxy Macau” (pictured in a rendering), is scheduled to open in the second half of 2021, according to a press release.

Raffles is to be located in two towers on Galaxy Macau’s east promenade, and will feature a glass-panelled connecting bridge on every floor, in order to connect the two towers.

The release quoted Francis Lui Yiu Tung, vice chairman of Galaxy Entertainment, as saying: “The Raffles brand and heritage is perfectly complementary to our strategy of delivering greater, elevated experience … Aside from offering more diversity in our luxury accommodations at Galaxy Macau, we expect it will also raise the bar to new heights throughout the region.”

Gary Rosen, chief executive of Accor Greater China, said in prepared remarks that Macau was “ideal” for the group’s next Raffles-branded venue.

Mr Rosen added: “The Raffles at Galaxy Macau will invite guests to experience Raffles’ legendary service and impeccable design, offering an oasis of luxury, glamour and adventure in one of the world’s most exciting destinations – it will no doubt become the preferred choice for the most discerning guests.”

The first Raffles Hotel opened in Singapore in 1887. Raffles at Galaxy Macau joins a chain of 15 Raffles-branded hotels in a variety of locations, including respectively Shenzhen and Hainan in China; and Paris, Dubai, Warsaw, and the Seychelles.

Monday’s release said that a selection of suites at Raffles at Galaxy Macau will feature their own private pools and gardens, while a small number of loft suites will feature double-storey windows. The hotel is also said to be due to offer the latest technology in terms of hospitality, as well as butler services.

Details on a luxury spa and a speciality restaurant – said to be “helmed” by a multi-Michelin-starred Japanese chef – “are still under wraps,” said the announcement.

Management of Galaxy Entertainment discussed last week the firm’s plans for phases 3 and 4 of the group’s flagship casino resort on Cotai. Mr Lui said the company was planning for Galaxy Macau’s phase 3 “to gradually come online starting in the second half of this year.”

The executive made the comments in a Thursday press briefing following the company reporting its fourth-quarter and full-year 2020 results.