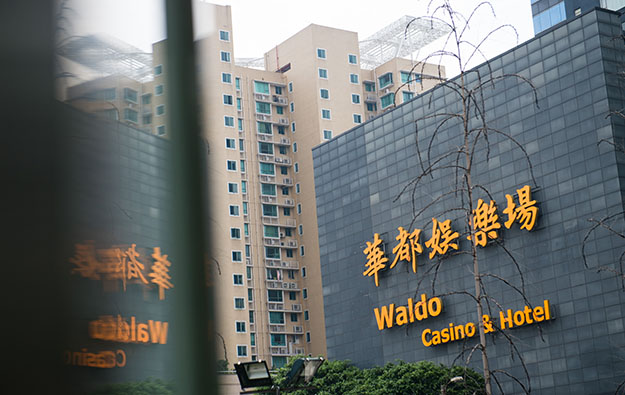 Macau casino operator Galaxy Entertainment Group Ltd said in a Thursday email to GGRAsia that it was “currently in talks with the related partner to evaluate the situation” regarding the future of its satellite venue Waldo Casino, part of the Waldo Casino and Hotel property (pictured) in downtown Macau.

The gaming firm did not specify the identity of the partner it was speaking to, but said it would “make further announcements as and when appropriate”.

In the Macau market, satellites are usually hotel casinos involving third party investors, but which run gaming under a service agreement with one of Macau’s casino licensees.

Earlier on Thursday, the Portuguese-language radio service of public broadcaster TDM had reported – citing sources it did not identify – that Waldo Casino, one of three so-called satellite properties controlled by independent investors but utilising Galaxy Entertainment’s gaming licence and marketed by the group as City Clubs, would close at the end of June.

In the early hours of Thursday, Galaxy Entertainment had confirmed that the other City Clubs – President Casino and Rio Casino, also in Macau’s downtown district – had ceased operation by the end of Wednesday (June 15).

Hong Kong-listed Wynn Macau Ltd says it will inject nearly MOP4.80 billion (US$596.4 million) into Wynn Resorts (Macau) SA. That is in order to comply with Macau’s revised gaming law and the... END_OF_DOCUMENT_TOKEN_TO_BE_REPLACED