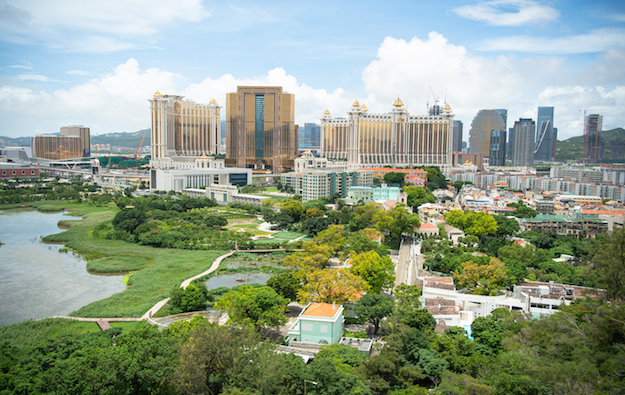 The firm gave the information in unaudited performance highlights, filed with the Hong Kong Stock Exchange on Thursday.

The group’s third quarter adjusted earnings before interest, taxation, depreciation and amortisation (EBITDA) were negative to the tune of HKD581 million, compared with negative EBITDA of HKD384 million in the preceding quarter.

The firm had reported positive adjusted EBITDA of HKD503 million for the third quarter of 2021.

The company chairman, Lui Che Woo, noted in remarks in a press release that “elevated Covid-19 related travel restrictions imposed in the second quarter flowed into the third quarter and even resulted in the closure of casinos [in Macau] for 12 days during the quarter”.

He was referring to a June community outbreak of Covid-19 in Macau, that led to the closure of all gaming venues in the city in July. The heightened restrictions and casino closure “impacted visitation, revenue and profitability,” stated Mr Lui.

Rolling chip turnover for the period was HKD2.78 billion, down 91.7 percent from the prior-year period, and a decline of 23.7 percent from the second quarter this year. Quarterly mass-market table drop fell by 67.3 percent year-on-year, to HKD3.30 billion; it was down 28.4 percent sequentially.

At the Galaxy Macau integrated resort (pictured), the “primary contributor” to the group’s earnings, total third-quarter net revenue was HKD1.07 billion, down 25.3 percent quarter-on-quarter, and a decline of 62.2 percent from a year earlier.

Aggregate debt was HKD3.2 billion at the end of September, which the firm said primarily reflected its “ongoing treasury yield management initiatives where interest income on cash holdings exceeds corresponding borrowing costs”. It added that “core debt remained minimal,” at about HKD300 million.

In its latest update, the company said Phase 3 of Galaxy Macau was “effectively completed”, and it continued to progress with Phase 4 of the complex.

Galaxy Entertainment had mentioned previously that Phase 3 activation would be tied to “prevailing conditions”. Goldman Sachs (Asia) LLC suggested in an October note that the opening of Phase 3 for Galaxy Macau was unlikely “until at least 2023”.

The decision by the Macau government to grant fresh 10-year licences to each of the city’s six incumbent casino operators has been welcome by top management at those firms. Each of the concessions... END_OF_DOCUMENT_TOKEN_TO_BE_REPLACED