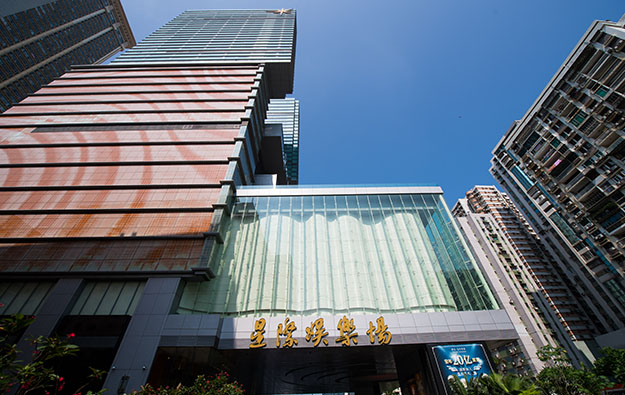 That was a reference to junkets – known in Macau as gaming promoters – that historically have introduced high-value players to Macau casinos’ VIP gambling operations.

The company’s representative did not confirm the date that gaming promoters had stopped working with it at either its StarWorld Hotel venue (pictured in a file photo) in downtown Macau, or at Galaxy Macau on Cotai.

A number of investment analysts had, during trading periods prior to the Covid-19 pandemic, described Galaxy Entertainment as one of the market leaders in serving VIP gamblers.

In late December, two other Macau casino operators –  Melco Resorts and Entertainment Ltd, and Wynn Macau Ltd – confirmed to GGRAsia that all junkets had stopped operations at their respective venues earlier that month.

VIP baccarat, which in 2019 represented nearly half of all Macau casino gross gaming revenue (GGR), had in the three months to December shrunk to 25.7 percent of the city’s GGR, according to official data.

The retreat of the junket sector has coincided with several unanticipated events in the market. Macau’s gaming regulator had on December 1 confirmed the closure of all Suncity Group VIP rooms in the city. The suspension came after the brand’s founder Alvin Chau Cheok Wa was detained on November 27 on suspicion of organising illegal gambling for Chinese customers, including online gambling via the Philippines.

GGRAsia has approached the other three Macau operators – MGM China Holdings Ltd, Sands China Ltd, and SJM Holdings Ltd – asking if they had stopped working with gaming promoters. We had not received replies from them by the time this story went online.

Macau’s casino gross gaming revenue (GGR) for the first five days of February is estimated at MOP1.9 billion (US$235.1 million) – or MOP380 million per day – a level that suggests a “45... END_OF_DOCUMENT_TOKEN_TO_BE_REPLACED