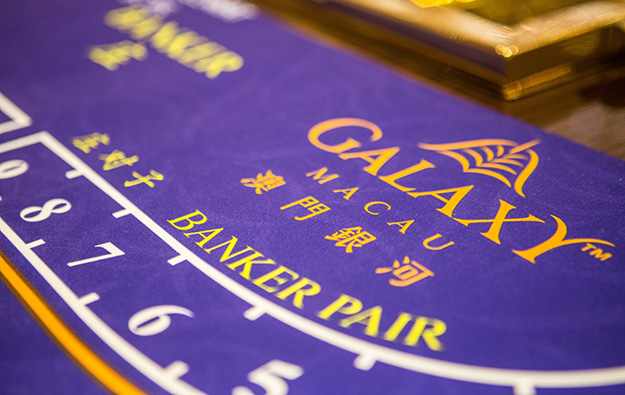 The group also has modest levels of borrowing compared to some of its market rivals, that have already announced they were seeking to adjust loan terms in the light of the market collapse in the first quarter this year due to the coronavirus alert. As of December 31, Galaxy Entertainment had only HKD600 million in debt.

The group’s full-year adjusted earnings before interest, taxation, depreciation and amortisation (EBITDA) – including its share of results of joint ventures and associated companies – was down 2.2 percent, at HKD16.48 billion, from HKD16.86 billion.

Gross revenue from gaming operations group-wide – before costs such as commissions and incentives – was down 12.3 percent in 2019, at just under HKD57.21 billion, from HKD65.23 billion.

In a note on Thursday, brokerage Sanford C. Bernstein Ltd said Galaxy Entertainment fourth-quarter results were “in-line” with analysts’ expectations. “Galaxy lost market share in fourth quarter on year-on-year basis … which was expected due to ramp up of newer Cotai properties” from its market rivals, said the institution.

Group-wide rolling chip volume for full-year 2019 was nearly HKD715.99 billion, down 35.1 percent from the previous year. Mass-market table drop for the period rose by 1.9 percent year-on-year to HKD121.88 billion, but revenue from electronic games fell by 6.2 percent, to HKD67.94 billion.

At the firm’s flagship Cotai resort, Galaxy Macau, rolling chip volume in the VIP segment declined by 37.4 percent. Such volume was HKD485.34 billion in 2019, versus HKD775.43 billion a year earlier. Investment analysts have previously noted in commentary on the Macau market, that Galaxy Entertainment was frequently a leader in the VIP segment in terms of service and facilities.

The group said in commentary on its results that what it termed “fluctuation” in “investor sentiment” in the wider world had had an impact on the 2019 results.

“This was a result of a number of geopolitical and economic issues such as Sino-U.S. trade tensions, a slowing world economy, introduction of the VIP smoking ban, renminbi fluctuations, continuing competition from regional markets and disruption in Hong Kong,” added Galaxy Entertainment.

In a letter to fellow shareholders at the beginning of the results filed to the Hong Kong Stock Exchange, the group’s chairman Lui Che Woo also expressed his “personal concern” at the coronavirus outbreak and its impact on the Macau gaming market.

The group nevertheless announced on Thursday a special dividend amounting in aggregate to approximately HKD1.96 billion – equal to HKD0.45 per share – to be paid on or about April 24. There was no final dividend.