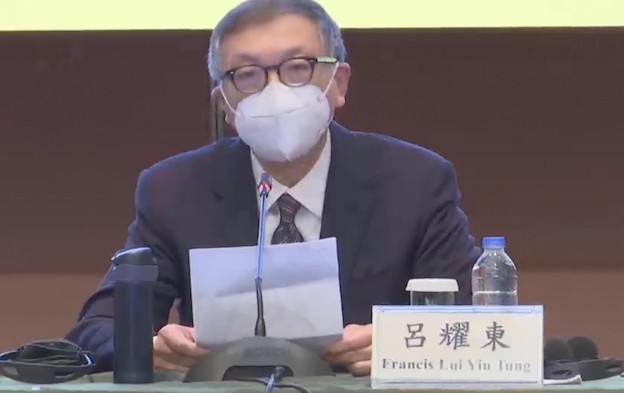 Macau casino operator Galaxy Entertainment Group Ltd said on Saturday that nearly 97 percent of the MOP28.4 billion (US$3.5 billion) it has pledged to the local government to spend under its new 10-year gaming concession, will go on non-gaming, and exploring overseas consumer markets. The commitment includes what the firm calls the city’s “first-and-only high-tech amusement park”.

The breakdown on the planned investment was given by Francis Lui Yiu Tung (pictured), managing director of concession holder Galaxy Casino SA, and also deputy chairman of the listed parent, Galaxy Entertainment Group Ltd. The firm had been awaiting improvement in market conditions before launching Phase 3 of its flagship Galaxy Macau resort in Cotai.

Mr Lui said his group had pledged to the government an overall investment of MOP28.4 billion, of which an estimated MOP27.5 billion – or 96.8 percent – will go to non-gaming and exploring foreign customer markets.

Macau’s six newly-reinstalled casino operators were outlining at a Saturday press briefing their respective ideas for their new 10-year concessions, due to start on January 1.

The presentations followed the formal signing on Friday of their new contracts.

As part of its efforts to explore overseas customer markets, Galaxy Entertainment said it would carry out new promotion plans targeting specific overseas markets. Such plans include “setting up overseas offices in Singapore, Thailand and South Korea and launching an array of marketing schemes, such as travel packages, in Japan, Indonesia, Malaysia, India, the Philippines and Vietnam,” stated the company.

“These projects will increase awareness of Macau and Galaxy Entertainment’s appeal and attract a broader base of visitors” to Macau, the firm added.

The firm said its planned art museum and auxiliary facilities, with a gross area of approximately 7,000 sq. metres, would incorporate innovative and immersive technologies.

The firm said it would “accelerate development plans” for a music and performing-arts theatre, which 4,000 seats. It would “provide a high-quality venue suitable for resident musical extravaganzas and acclaimed international performers,” it added.

The Galaxy Arena, as part of Phase 3 of Galaxy Macau, will open soon, stated the casino firm. The company said it would present “exciting shows”, and invite “top performers from Macau, Hong Kong, the mainland and the rest of the world to stage performances, concerts, culture and arts shows”.

International casino operator Las Vegas Sands Corp has been ranked as the most sustainable firm in the global casino sector, according to the 2023 edition of the S&P Global Sustainability... END_OF_DOCUMENT_TOKEN_TO_BE_REPLACED