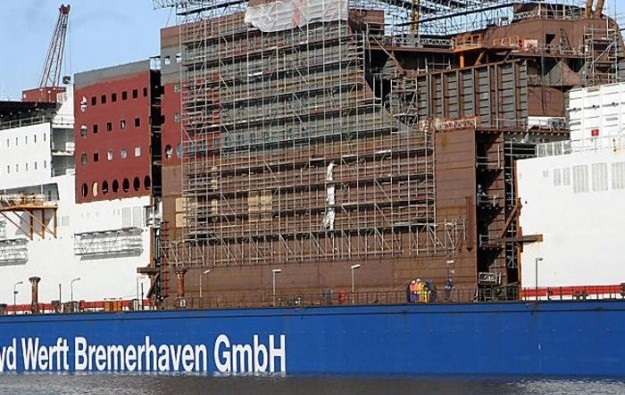 Genting Hong Kong Ltd, an operator of casino cruise ships and a joint venture casino operator in the Philippines, confirmed on Tuesday that MV Werften Holdings Ltd (MVWH), the group’s shipbuilding unit in Germany, had filed for insolvency on Monday. The decision to file for bankruptcy protection comes after the company and the German authorities failed to reach an agreement over financial assistance to complete construction of a massive cruise liner.

In its filing, Genting Hong Kong said that the MVWH insolvency filing “gives rise to an event of default” under the existing facility agreement in Germany, and that would “in turn trigger cross default events under certain financing arrangements of the group,” comprising an aggregate principal amount of just above US$2.77 billion.

Genting Hong Kong – part of Malaysian conglomerate Genting Bhd – controls the Dream Cruises, Crystal Cruises, and Star Cruises brands. The group has struggled with the effects of the Covid-19 pandemic on its cruise and shipbuilding businesseses.

In May 2021, Genting Hong Kong said it had an agreement on a “holistic recapitalisation” of the group, and “amendment and extension” of the group’s financial indebtedness.

Genting Hong Kong said in Tuesday’s filing to the Hong Kong Stock Exchange: “On 10 January 2022 (Germany time), MVWH and certain of its subsidiaries, each an indirect wholly-owned subsidiary of the company, filed for insolvency proceedings with the competent German courts.”

The group’s financial woes also triggered the insolvency application of another shipyard it owns in Germany, Lloyd Werft Bremerhaven AG.

According to the Associated Press news agency, Germany is blaming the collapse of the shipyard business on the Genting group. The German authorities said they were willing to discuss a EUR600-million (US$678-million) bailout plan, but wanted Genting to contribute at least 10 percent to the rescue effort.

In its latest filing, Genting Hong Kong confirmed that the German authorities had sought to replace the existing financing structure with a new financing proposal, seeking to “impose additional conditions to fund disbursements.”

Among the additional conditions were that the participating banks of the existing facility had to “subordinate their existing security” in favour of Germany’s Economic Stabilisation Fund under the new arrangement, and that Genting Hong Kong’s controlling shareholder had to provide additional new funding of EUR60 million to MVWH and its subsidiaries.

Genting Hong Kong said in its filing that it had “no ability to compel the participating banks” of the existing facility “or its shareholders to provide the additional financial assistances now requested” by the German authorities.

It added: “As a result, the group has been refused access to the liquidity pools to which it is contractually entitled.”

The company claims that it was “contractually entitled” to draw down fresh amounts under the existing facility, but that the German government export credit insurance agency involved in the financing “refused to confirm the insurance coverage required …, resulting in the participating banks … refusing to release” a payment.

Trading in the shares of Genting Hong Kong in the Hong Kong bourse has been suspended since Friday (January 7). Trading will continue to be suspended pending the release of a further announcement, “including in particular the outcome of legal proceedings” related to this matter, stated the company.

The imminent return of package tours from mainland China will not only help boost Macau’s tourism businesses, but is also expected to help casinos gain more foot traffic in their mass gaming... END_OF_DOCUMENT_TOKEN_TO_BE_REPLACED