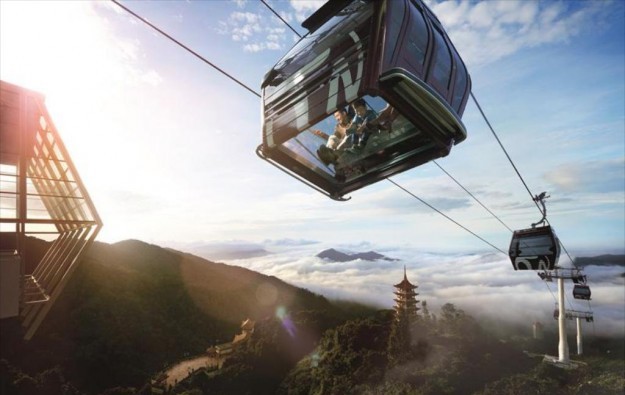 Casino operator Genting Malaysia Bhd reported on Thursday a net loss attributable to shareholders of nearly MYR418.0 million (US$96.0 million) for the first quarter of 2020, due to what it said was a decline in overall business caused by Covid-19. The result compares with a net profit of approximately MYR268.3 million in the prior-year quarter.

The company has its main business at the Resorts World Genting casino complex in Genting Highlands (pictured) near Kuala Lumpur, Malaysia’s capital, and also runs casinos in the United States, the Bahamas, the United Kingdom and Egypt. The group also manages in Malaysia several other hotel properties that don’t have gaming.

The group’s resort operations worldwide had been temporarily suspended from mid-March amid efforts to stem the further spread of the coronavirus pandemic. In Malaysia, all of its resorts remain shut.

In Thursday’s announcement, Genting Malaysia said it was “currently preparing for the resumption of operations” and was “focused on leveraging domestic demand to drive visitation and revenue” to its properties in Malaysia.

The group also said it was working on a “revised timeline” for the completion and opening of an outdoor theme park for Resorts World Genting. It said construction works for the theme park had been “affected” by the restrictions imposed by Malaysia’s government since March. Previous commentary from investment analysts had suggested the theme park was scheduled to open in the third quarter this year.

Genting Malaysia said it was already implementing “aggressive cost control” measures amid the health crisis. Such measures included a reduction in operational expenditure including payroll, and the cancellation or deferment of non-essential capital expenditure.

First-quarter revenue was nearly MYR1.96 billion, down 28.5 percent from the prior-year period. Adjusted earnings before interest, taxation, depreciation and amortisation (EBITDA) for the first three months of 2020 stood at MYR355.4 million, a decline of 48.0 percent from a year earlier.

The group’s hospitality and leisure segment recorded revenue of just under MYR1.92 billion for the three months to March 31, down 28.8 percent from a year earlier. Gaming revenue for the period fell 30.1 percent year-on-year, to nearly MYR1.45 billion, said the firm.

Genting Malaysia said the decline in first-quarter aggregate revenue and EBITDA “was primarily due to the temporary disruptions to the group’s resort operations worldwide caused by the Covid-19 outbreak which severely impacted business volumes.”

No dividend has been proposed or declared for the quarter ended March 31, 2020.

The leisure and hospitality business in Malaysia reported lower revenue and adjusted EBITDA to the tune of 36 percent and 40 percent respectively judged year-on-year, to just under MYR1.23 billion and MYR331.2 million. The declines were mainly attributable to a “decrease in overall volume of business in the group’s gaming and non-gaming segments,” said the company.

During the reporting period, Genting Malaysia said it had recognised a loss of MYR100.1 million as part of its share of results related to its 49-percent stake in loss-making Empire Resorts Inc, an operator of casinos in the United States. “This was primarily due to costs associated with the refinancing of Empire’s debts as well as depreciation and amortisation,” said Genting Malaysia.

Nomura said in a note last month that it expected Genting Malaysia’s annual revenues to return to 2019 levels only by 2022, via a “tick-shaped” recovery.