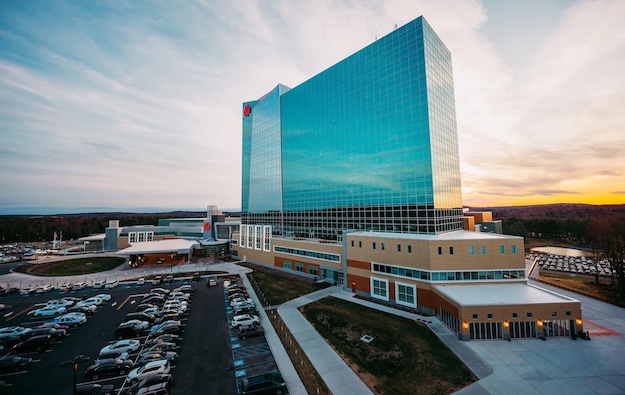 The deal was with Kien Huat Realty III Ltd, the family trust of Lim Kok Thay, a businessman who is the controlling shareholder of the Genting group.

Prior to the proposed Series F acquisition, Kien Huat’s total investment to-date in Empire Resorts, through common equity, preferred equity and an unsecured loan of US$30 million, has been US$524.0 million, stated the Genting Malaysia filing.

Empire Resorts has several U.S. gaming businesses. They are: Resorts World Catskills (pictured), a casino resort approximately 90 miles (144.8 kilometres) from New York City, and which started full operation in January 2019; Resorts World Hudson Valley, described as a 90,000-square foot (8,361-sq metre) facility, due to feature over 1,200 video lottery terminals, a bar and a lounge, and which is due to open by Christmas this year; and a mobile sports betting in New York state, which started operating in March this year.

Genting Malaysia said in Monday’s filing that since its privatisation in November 2019, Empire Resorts’ performance “has been on an upward trajectory”, having achieved in 2021 positive earnings before interest, taxation, depreciation and amortisation “for the first time since commencement of operations”.

“With improving profitability and a brighter outlook, the proposed Series F acquisition sets the stage for Genting Malaysia to further capitalise on the growth prospects of Empire and reinforce its position in the New York State gaming market,” the firm added.

In August 2019, the-then loss making Empire Resorts said it had agreed to a merger deal with Kien Huat, whereby the latter and Genting Malaysia would acquire the shares of Empire Resorts they did not already own.

In June this year it emerged that Genting group was to pay US$12 million to end investor civil-court action in the U.S. over that 2019 exercise that had the effect of taking private the formerly Nasdaq-listed Empire Resorts.

Some Macau casinos visited by GGRAsia on Thursday, actually had tables that were closed, notwithstanding strong consumer demand during Chinese New Year (CNY). The reasons for some tables being... END_OF_DOCUMENT_TOKEN_TO_BE_REPLACED